The Zimbabwe Human Rights NGO Forum (the Forum) welcomes the statement by the Assistant Commissioner Paul Nyathi banning, with immediate effect, the use of handheld spikes by any police officer whilst performing traffic enforcement duties throughout the country.

Source: Forum welcomes ban on use of handheld spikes – The Zimbabwean 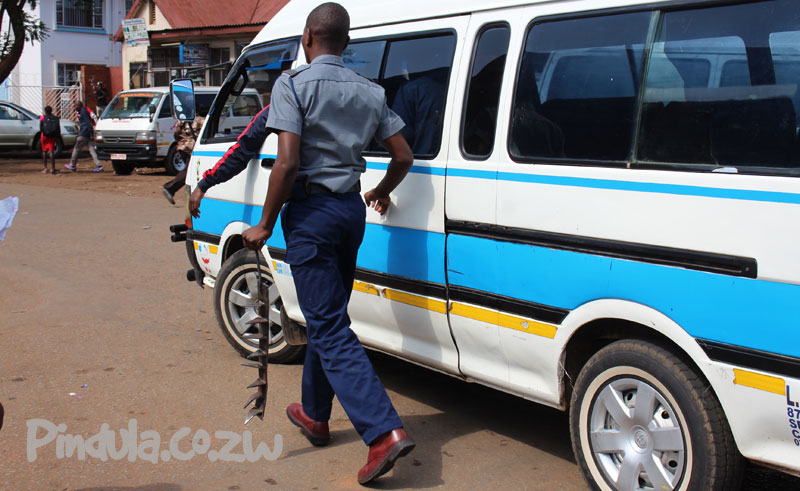 Through the statement published on 13 May, Assitant Commissioner Paul Nyathi advised that the Commissioner-General of Police Godwin Matanga has banned handheld spikes following complaints by the public.

The unsafe deployment of handheld spikes has, since 2020, posed a human rights challenge in the country’s transport sector. The practice increased in the wake of the banning of private transport operators, allegedly to stem the spread of the COVID-19. The ban established a Zimbabwe United Passenger Company (ZUPCO) monopoly in the transport sector, with private players forced to operate under the ZUPCO franchise. ZUPCO failed to cope with the transport demand, leaving a transport gap that rogue private commuter operators capitalized on. This however created a perilous situation in cities as police and the private operators engaged in cat and mouse games. The police resorted to the unsafe deployment of hand spikes to clamp down on the rogue operators. During the running battles, the biggest victims had been innocent civilians trying to go about their everyday businesses.

In a recent incident on 4 May 2022 that exhibited total disregard for property and human life, a police officer deployed a spike at a moving commuter omnibus ferrying passengers, among them school children, as it was plying the Mutare-Chigodora route. As a result of this unsafe deployment, the vehicle veered off the road and crashed into a precast wall. Sadly four innocent civilians died whilst an additional eight were injured.

The Forum has strongly condemned the human rights challenges posed by this unorthodox practice of deploying spikes, throwing teargas in loaded buses, and smashing windscreens. In a letter to the Commissioner-General of Police On 5 May 2022, following the tragic Mutare incident, the Forum bemoaned the socially reprehensible and constitutionally impermissible conduct which amounts to excessive use of force and violates the right to life and personal security enshrined under section 48 and 52 of the Constitution respectively.

The Forum also approached the courts on 13 July 2021 to prohibit police officers from engaging in the aforementioned conduct. At the time, High Court Judge, Owen Tagu ruled in favour of police officers using spikes to stop vehicles. Ironically, the next day, after this ruling, six people were seriously injured when a commuter omnibus they were travelling in overturned along Simon Mazorodze Road near Zindonga Shopping Center after a spike was thrown under the vehicle by police officers manning a roadblock. The Forum appealed against this ruling to the Supreme Court and on 18 February 2022, the judgment of the High Court was set aside. It is thus lamentable that this development has come on the backdrop of unnecessary loss of innocent lives.

The Forum welcomes the directive by the Commissioner-General of Police through Assistant Commissioner Paul Nyathi’s statement. However, the Forum notes with concern that a similar statement banning the use of spikes was issued by Minister of Home Affairs and Cultural Heritage, Kazembe Kazembe on 4 January 2021, who said the use of spikes and smashing of windscreens “contradicted expected government norms”, the police had continued using such practice which has resulted in the loss of lives. The Forum accordingly reiterates that without compliance, statements such as these appear as public grandstanding. It remains our position that a statement on its own remains grossly inadequate to undo the wrongs committed on those that were seriously injured and even more so, in respect of those that lost their lives.

The Forum accordingly calls upon the Zimbabwe Republic Police to: