From Zimbabwe to New Zealand: no regrets for gardener 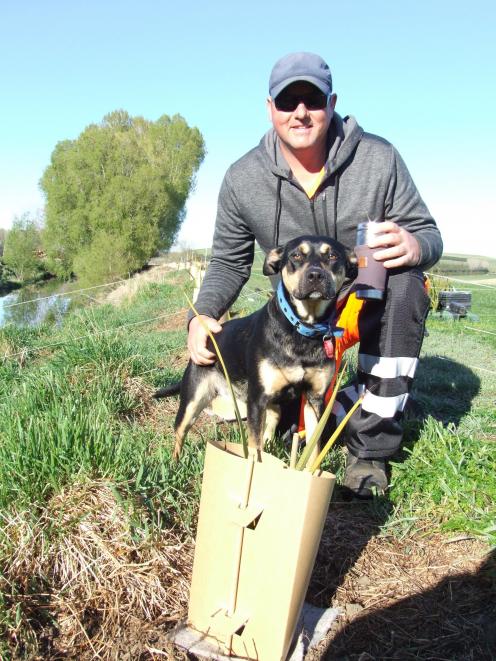 Out planting native plants in the North Otago countryside, Adam Blignaut is in his happy place.

It’s a far cry from his previous life as operational manager of a tobacco company in his homeland of Zimbabwe, but a much less stressful lifestyle for him and his family.

Last year, North Otago Sustainable Land Management’s riparian project was awarded $361,776 over the next three years to fund environmental improvement work in dozens of sites in its area.

It was funded as part of the Government’s Jobs for Nature programme, which aimed to create nature-based jobs to benefit the environment and support the economic recovery following the Covid-19 pandemic.

The funding allowed the group to employ one to two fulltime-equivalent employees and contractors for specialist work and ongoing maintenance work.

That is right up the alley of Mr Blignaut who comes from a farming background in Zimbabwe. His father was a professional horse trainer who made enough money training to buy a farm “in the sticks”, and they farmed mostly beef cattle.

Later on, when they saw land invasions coming, they were very fortunate as their Swedish next-door neighbour had always loved their farm and he bought it, knowing the property was protected because of the Swedish-Zimbabwe bilateral agreement.

Their family was extremely lucky as some other farming families had their properties aggressively taken off them, he said.

Mr Blignaut went to the United Kingdom where he was in the military before heading to Australia where he completed degrees in horticulture and landscape design.

It was either that or pathology, but he realised the prospect of sitting in a lab looking at blood all day was not for him, he said.

After completing his studies, he moved back to the UK and utilised his skills in landscape design consulting before returning to Zimbabwe for 10 years.

He was operational manager of a tobacco company which included a processing plant, which produced 21million kilograms of tobacco per year. 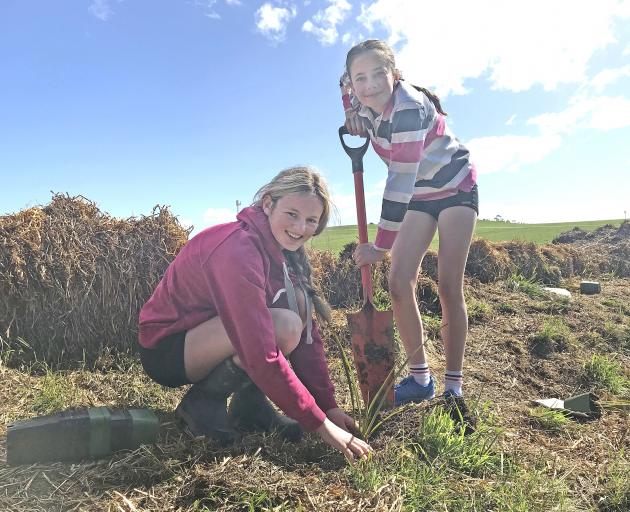 The family of his Zimbabwean wife, Charlene, lived in Oamaru — she had spent her last secondary school years at Waitaki Girls’ High School — and they decided to move to North Otago.

While he had a good job, the situation over there was “just so unstable” and there were the day-to-day stresses of what was happening. They decided there was a better life and opportunities for their son in New Zealand.

The family arrived in August last year; they had visited the previous Christmas and Mr Blignaut remembered when he first arrived in Oamaru, he thought “I could live here”.

There was a very similar laidback approach among the people to those in Zimbabwe.

Since then, he had managed to juggle the two; dedicating Mondays and Tuesdays to NOSLaM and the rest of his week to his gardening clients.

He also had another contractor, while Charlene left her job at a legal firm and now also worked with him, and they were involved with Jobs for Nature as well.

Initially, he admitted he saw it as a business opportunity but, as the plantings got under way, he saw the school pupils coming to help and, as he got more educated about why the plantings were being done, it had slowly started to turn into a passion. It was a “feel-good” thing, knowing that what you were doing was good for the environment.

A 1.5km stretch of planting at Kia Ora was finished last week and then it was on to an area at Victoria Hill, near Windsor, this week. All plantings were maintained for two years.

Some of the plantings, like around Island Cliff, in a couple of years, were going to look “absolutely amazing” and bring wildlife back.

New Zealand’s native plants were new to him and he was finding it interesting, learning about what they were and why they were selected for planting.

While he loved design when he was doing it, he had always migrated towards the horticultural side, with very little hard landscaping and a lot of soft landscaping. Through his work with clients’ private gardens, he was also enjoying learning from their knowledge of plants.

Mr Blignaut had no regrets about making the move to New Zealand. The only down side was his family and many friends were still in Zimbabwe and, with Covid-19 travel restrictions, he was not able to plan a trip home.

Living rurally at Maheno, just south of Oamaru, was “magic” and he enjoyed the town and its environs.

“Bustling O-Town, this is as bustling as I want it to be.”