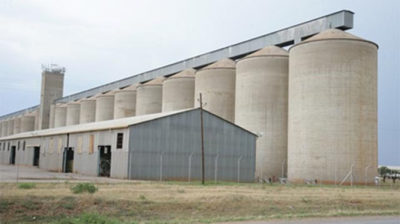 PARLIAMENT yesterday demanded to know how $9 million, allegedly extended to the Grain Marketing Board (GMB) by the Grain Millers Association of Zimbabwe (GMAZ) for the repair of silos, was used.

The Parliamentary Portfolio Committee on Lands and Agriculture chaired by Gokwe Nembudziya MP Justice Mayor Wadyajena grilled GMB chief executive officer Rockie Mutenha over the issue and the progress made so far in repairing silos that store grain.

Wadyajena said GMAZ chairperson Tafadzwa Musarara had indicated to the committee that GMAZ gave GMB $9 million in 2017 for rehabilitation of silos, and even pointed out that they had an agreement with GMB that the amount would be offset through grain.

GMAZ spokesperson Garikai Chaunza was also mentioned by Wadyajena as having indicated that as GMAZ they were waiting for an audit report indicating how the $9 million was used.

But Mutenha denied that GMB had received money for repair of silos from GMAZ, adding that they never entered into any loan agreement with anyone.

“We did not sign any contract with anyone and as far as we are concerned we did not receive money from anyone, other than Treasury and the Reserve Bank of Zimbabwe,” Mutenha said.

Mutenha said the $7,3 million for silos repairs was paid to a company called Adherechem. But the committee demanded that Mutenha must produce the contract between GMB and Adherechem, and papers which showed the shareholding structure of Adherechem.

The GMB boss said in 2017 they submitted a list for rehabilitation of all 12 silos in the country in Karoi, Magunje, Mukwichi, Lions Den, Banket, Norton, Chegutu, Concession, Chiweshe, Murewa, Bulawayo and Aspindale. The tender was won by Adherechem.

“The job for the first 10 concrete silos was completed by October 12, 2018. For the steel silos in Chiweshe and Mukwichi, they needed to remove old steel and put new sheets, and these were completed in April this year,” he said.

Wadyajena then asked Mutenha to explain how RBZ allocated $27 million to GMAZ for wheat and maize purchases when it was a private entity and not the parastatal responsible for grain purchases.