IN pursuit of inclusive development, the Second Republic will persistently and consistently focus on high-impact and result-based community projects such as provision of water, President Mnangagwa said.

Speaking at the commissioning of the Muchekeranwa Dam yesterday, a project which also comes with the Presidential Community Fisheries Scheme, an irrigation project, and the construction of the Muchekeranwa-Wenimbi pipeline in Mashonaland East Province, the President said the improvement of water security for communities across provinces remains a top priority.

Since assuming power in 2017, President Mnangagwa has been vigorously pursuing pragmatic policies to transform the lives of people and achieve Vision 2030.

Muchekeranwa Dam,  at the boundary of Makoni and Marondera districts in Manicaland and Mashonaland East provinces is one of the many Government-funded dam projects that include the long-awaited Kunzvi Dam located north of Harare, Mutange in Gokwe, Gwayi-Shangani in Matabeleland North, Chivhu Dam in Mashonaland East and Marowanyati Dam in Buhera, Manicaland.

Such initiatives, that are taking shape across the country, will ensure that Zimbabwe is climate-proofed against droughts and thus eliminate the importation of food in two years as well as feed the rapid industrialisation that is taking place around the country. 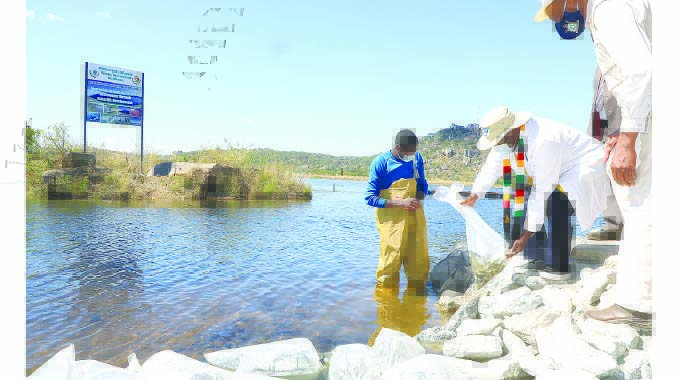 The President introduces fingerlings into the dam.

In his address, the President said provinces should use resources abundant in their communities to pursue developmental goals and improve their gross domestic product (GDP).

“The dam gives impetus to the development of related water and irrigation infrastructure to trigger agriculture growth, increased production, productivity, and profitability. Beneficiary communities, especially youth and women, should harness the immense potential of the dam to venture into diverse agriculture projects, in cropping, animal husbandry, fisheries, and tourism.

“Going forward, high impact and result-based community projects will continue to be implemented by my Government as we accelerate development that leaves no one behind. This includes the establishment of vibrant rural industry structures and systems anchored on the maximum utilisation of the land. Over and above this, increased agriculture mechanisation, building community resilience, and addressing the effects of climate change remains my Government’s key priority areas,” he said.

Although the construction of the dam was mooted some years ago, it only began to take shape with the advent of the Second Republic in 2017, which is championing the development of communities mostly using local companies.

The dam, which has the potential to irrigate 2 250 hectares with a capacity of 75 million cubic metres of water, is a joint venture between Chinese company Nanchang Engineering and a local company, Multiforce Contractors.

Its commissioning will open avenues for communities around the area and beyond to access water for irrigation, fisheries, and also domestic use. 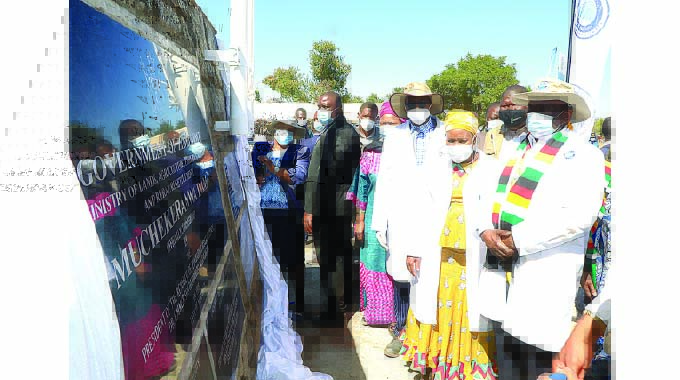 President Mnangagwa unveils a plaque at the ceremony.

The nearby town of Marondera, which has perennially faced water woes, is set to have a surplus upon completion of the Muchekeranwa-Wenimbi pipeline, while its other two sources of water will now provide the precious commodity to Harare eastern suburbs of Mabvuku, Ruwa, and Tafara that are also blighted by shortages as the Second Republic moves to provide clean and potable water supply in both urban and rural areas.

“The dam gives impetus to the development of related water and irrigation infrastructure to trigger agriculture growth, increased production, productivity, and profitability. Beneficiary communities, especially youth and women, should harness the immense potential of the dam to venture into diverse agriculture projects, in cropping, animal husbandry, fisheries, and tourism. 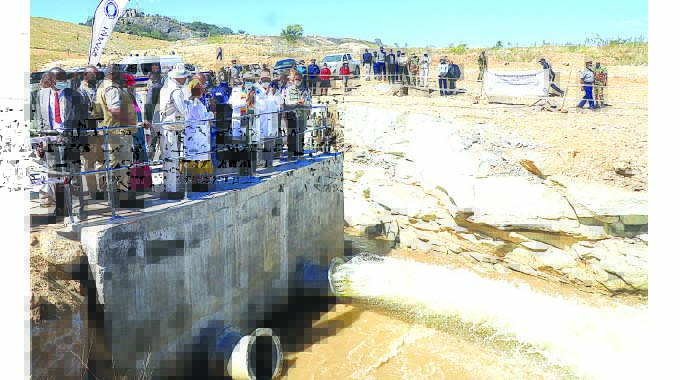 he President and dignitaries view water being channelled into an irrigation canal.

“The importance of fisheries and livestock farming to the overall national agriculture performance cannot be overemphasised. Riding on the considerable potential for aquaculture, my administration supports the growth of a well-coordinated fisheries and aquatic resources industry. Players in the industry must therefore utilise dams and aquatic ecosystems sustainably to enhance national food and nutrition security, create wealth and employment as well as broad-based empowerment,” he said.

The President added that the availability of water infrastructure must also serve to “encourage communities to participate in the Presidential Rural Horticulture Scheme and Livestock Production projects, among others. The Agriculture and Rural Development Agency is challenged to implement plans for commercialising the agriculture sector. We must, thus, make more comprehensive efforts to transition from subsistence farming to be more commercial and profitable agriculture, for the benefit of our farmers and the nation as a whole. Focus should be premised on increased production, value addition and exports”.

Muchekeranwa Dam, formerly known as Causeway Dam, was renamed following an instruction from the President to the Minister of Lands, Agriculture, Fisheries, Water and Rural Resettlement to ensure that the names of key national infrastructure are in sync with the country’s cultural heritage and history. 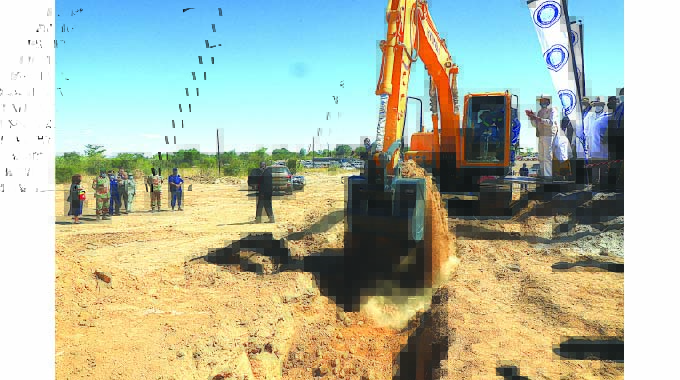 The President breaks the ground for the Muchekeranwa-Wenimbe pipeline. 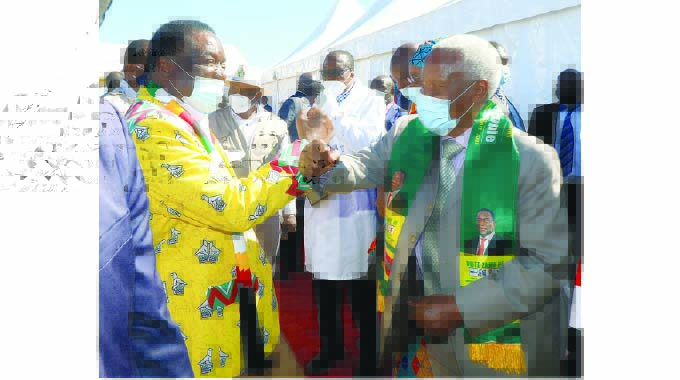 Traditional leaders from both Manicaland and Mashonaland East provinces attended the commissioning of the dam project whose irrigation facilities will be availed for free to those who were relocated to pave way for its construction.

Newer Post
Upsurge in ritual killings and violent crimes in Zimbabwe unsurprising – what are we to expect from a country governed by a leadership embroiled in murderous occultism?
Older Post
GMB, police to curb grain side-marketing