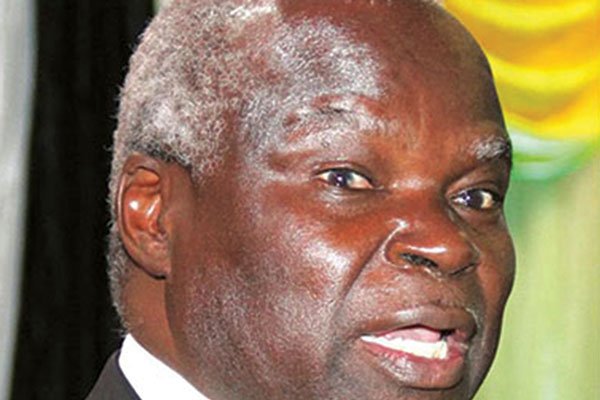 GOVERNMENT says it will identify vacant spaces in different parts of Harare and construct high-rise flats with elevators under a command national housing delivery programme.

This was revealed by Local Government minister July Moyo last week during a question-and-answer session in the National Assembly while responding to a question by Mbare MP Starman Chamisa (MDC Alliance), who wanted to know measures being taken to ensure safety standards were maintained in government buildings.

“Let me inform this august House that the Ministry of Local Government is in the process of finalising modalities for the rolling out of the national command housing delivery programme,” Moyo said.

“Under this programme, we shall identify vacant spaces in situ, and construct walk-up flats or high-rise flat units with lifts or elevators,” he said.

Moyo said this would lead to demolition of some old structures to make way for new structures as government moves to reduce the country’s housing backlog.

Currently, the housing backlog in the country is estimated at more than 1,5 million, with Harare having 500 000 people on its housing list.

Building experts say it will take 15 to 20 years to clear this housing backlog.

“This urban regeneration agenda shall also entail upgrading of water and sewer reticulation, roads, social amenities and other ancillary social infrastructure that goes with sustainable human settlements development,” he said.

Moyo also promised that Mbare, which is well known for its archaic buildings without a working sewerage reticulation system, would be reconstructed.

“In Mbare, the government, City of Harare and other stakeholders are in the process of identifying available open spaces for the construction of modern walk-up flats with the requisite sanitation facilities. These will accommodate people who are currently in dilapidated bachelor quarters and single-storey structures that no longer meet modern expectations in terms of habitation,” he said.

Last year, Moyo told Parliament that the command housing programme would look at housing expansion in new areas, as well as in old townships.

“We are almost advanced in planning for the launch of a housing programme that will take care of not only the new houses, but also concentrate on building flats, so that we do not continue to gobble arable land,” Moyo told MPs then, adding that government was planning to build flats as part of the housing expansion programme.

During the 2018 election campaign period, Vice-President Constantino Chiwenga told Mbare residents that the Zanu PF government would construct modern flats with swimming pools for them.