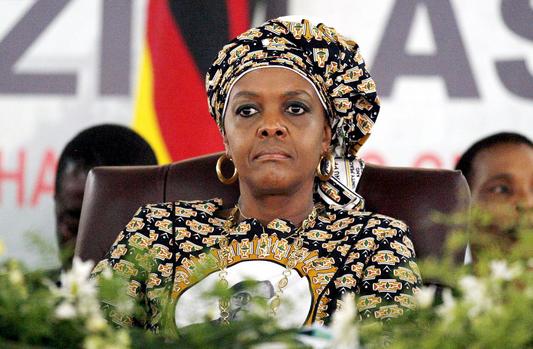 This was the stance of the Commission for Gender Equality (CGE) following Bashier Vally’s judgment at the South Gauteng High Court on Monday that found that former international relations and co-operation minister Maite Nkoana-Mashabane’s decision to grant Mugabe diplomatic immunity had been both unlawful and unconstitutional.

Mugbe was granted immunity last year after Joburg model Gabriella Engels opened a case of assault with intent to do grievous bodily harm against her. However, the immunity enabled Mugabe to return to Harare, Zimbabwe, and escape prosecution.

Engels was allegedly assaulted with an extension cord in a Sandton hotel after Mugabe found her in the room with her sons last August.

CGE said on Tuesday that it welcomed Vally’s judgment.

“Through its representations, the Gender Commission submitted that providing Grace Mugabe diplomatic immunity after assaulting Ms Gabriella Engels, directly violated the constitutional directive to protect, promote and fulfill the rights of women, including violating South Africa’s host of international obligations to safeguard women.

“The judgment signifies that gender based violence requires serious and concerted response by the state,” Baloyi said.

The FW de Klerk Foundation also joined the chorus, saying “it is of concern that the decision makes apparent that the government of South Africa lacked the authority to either confer or grant immunity to Mugabe, in a bid to protect her against the allegations of wrongdoing.

“In doing so, the South African government failed to protect its own citizen and further undermined the Constitution in unlawfully granting immunity to Mugabe,” said the foundation’s spokesperson Megan Dick.

Dick said as was the case in the Al Bashir matter, the South African government has shown that it lacked the political will and inclination to abide by the Rule of Law when faced with thorny political questions.

“This failure by the government to abide by the spirit and letter of its own laws, while cynically circumventing due process, chips away at South Africa’s foundational values.

“Yet again, the Judiciary finds itself having to adjudicate a matter in which the Executive has failed in its constitutional obligations,” Dick said.