Hard Choices on Zim: Do amnesties work for or against peace?

Source: Hard Choices on Zim: Do amnesties work for or against peace? – NewsDay Zimbabwe 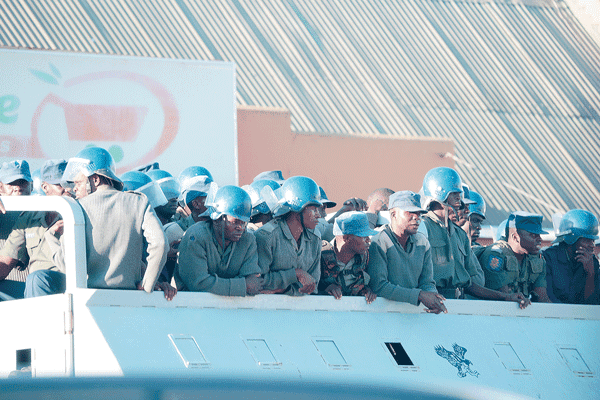 Zimbabwe has commenced a critical transitional justice journey after years
of colonialism, dictatorship, oppression, and political violence. In 2013,
the country adopted a new Constitution and in pursuant of Section 251 of
same, a National Peace and Reconciliation Commission (NPRC), established
on 18 December 2015. The decision to establish the NPRC was a significant
milestone to address legacies of serious past human rights violations,
creating healing and peaceful co-existence. In 2018, the country held its
first post-Mugabe elections, generating hope for accountability and social
cohesion. But the challenges of accountability and peacebuilding still
linger while Zimbabwe tries to design a system to enrich the country’s
human rights and democratic culture.

Much of Zimbabwe’s history has been characterized by years of violence,
beginning with the resistance by the black majority of the oppression and
deprivation of land by British colonialists. This culminated into fifteen
years of struggle for independence that was subsequently gained in April
1980, with Robert Mugabe emerging as Prime Minister.

Before and after the new government was put in place, several amnesties
were taken, in particular the 1975 Indemnity and Compensation Act granted
amnesty to the police force, civil service and Central Intelligence
Organization (CIO) members for offences committed in the past and for
those anticipated.

In 1979 and 1980, the transitional government granted Amnesty Ordinances.

However, the violence continued after Mugabe ascended the premiership. In
January 1883, he sent the 5thBrigade to Matabeleland South, Matabeleland
North and Midlands provinces to raid communities supporting the opposition
party Zimbabwe African People’s Union (ZAPU) According to a report from
the Zimbabwean Catholic Commission for Justice and Peace (CCJP) and the
Legal Resources Foundation published in 1997,these raids referred to as
Gukurahundi, resulted in the “killings of thousands of civilians, the
beatings of entire villages and the rape and torture of many innocent
individuals [which] were carried out as part of a planned strategy”.

Approximately 20,000 deaths have been related to the Gukurahundi.

In 1988, with ZAPU demoralized and no longer perceived to be a threat, a
General Notice (GN) 257/A/1988 was published granting amnesty to perceived
“dissidents”, collaborators and members of ZAPU. In 1990, the 1988 amnesty
was renewed, but this time including the state’s uniformed forces that had
been responsible for Gukurahundi.

By 2000 Mugabe lost the support of the West, which sought to punish him
for his human rights records, as such sanctions against him weakened his
economy. The sanctions led to hyperinflation of almost 231 million
percent, leaving 80% of the population unemployed and crashing the
national health system.

In 2008, the campaign for presidential elections was marked by
state-sponsored violence against supporters of the opposition Movement for
a Democratic Change (MDC). The security services and ZANU-PF militia
perpetrated human right violations such as arbitrary arrests and
detentions and enforced disappearances.

To stabilize a deteriorating situation, in September 2008, President
Mugabe and both heads of the MDC factions, Morgan Tsvangirai and Arthur
Mutambara signed the Global Political Agreement (GPA) which came into
effect in February 2009 and established a unity government in which Mugabe
remained as President and Tsvangirai became Prime Minister.

Mugabe remained in power until he was forced to step down by his party in
2017. Subsequently, his deputy Emmerson Mnangagwa` was sworn in and he
retained the position after the 2018.

A conversation is therefore due, on the question of amnesty and whether it
is pragmatic to effect it as a healing and reconciliation mechanism within
the context of Zimbabwe. This is mirrored against the background of more
than three decades of massive human rights violations, the existing
socio-political sensitivities and the need for the country to heal and
confidently face the future. The upcoming Symposium to be hosted by the
National Transitional Justice Working Group (NTJWG) will give Zimbabweans
an opportunity to critically examine case studies of countries that have
gone through similar transitions and use the lessons learnt from them to
provide pragmatic, country specific and actionable recommendations for
Zimbabwe and see if this can assist in saying Never Again to violence.

Mohamed Suma is the Head of Office for the International center for
Transitional Justice (ICTJ) Cote d’Ivoire Country Program. I wish to thank
Julie Chantelot and Pauline Gagliardini for conducting the background
research for this paper. All errors are the author’s alone. He is one of
the presenters at the upcoming Transitional Justice Policy Symposium to be
hosted by the National Transitional Justice Working Group (NTJWG) in
Bulawayo from 21 to 23 November 2018. Follow the proceedings on
www.ntjwg.org.zw/symposium.html or www.facebook.com/ntjwg #NeverAgainZw