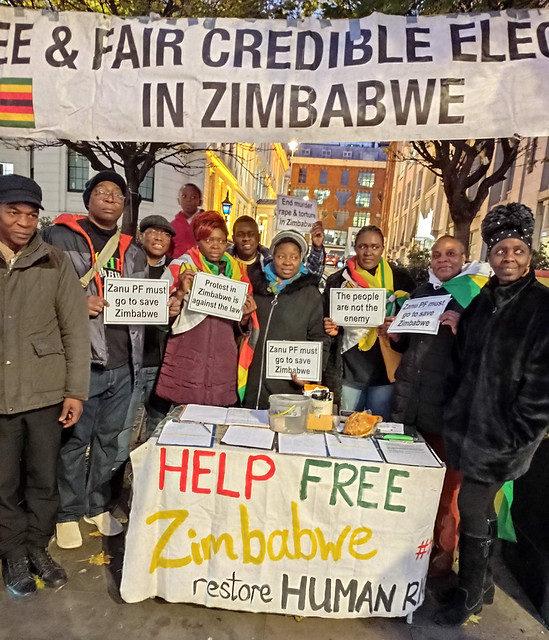 Zimbabwe under President Mnangagwa is well on the way to becoming a full-blown dictatorship, according to Crisis in Zimbabwe Coalition. It said in a report that the current administration is even worse than the Mugabe regime in governance, rule of law and human rights, among other things.

‘In as much as the “Second Republic” or “New Dispensation” came promising wide ranging reforms of the country’s politics and governance mode, the evidence at hand point to more talk and less action,’ it observed.

Crisis Coalition said that under Mnangagwa there had been a ‘heavy militarisation’ of businesses through the emergence of opaque security sector-run companies in ventures ranging from diamond and gold mining to farming, tourism and fuel industries.

‘At the heart of the Zimbabwe crisis lies a nationalistic military business and political class that has been growing its tentacles to all sectors of society since 2000.’ (See: https://www.newsday.co.zw/2021/11/zim-morphing-towards-dictatorship/.)

Evidence of the government’s determination to override human rights and ensure it wins the 2023 elections came with the gazetting of the Private Voluntary Organisation Amendment Bill which will seriously curtail the activities of civic society organisations.

The legal think tank Veritas said the bill contravened the provisions of the declaration of rights in the constitution, was not clearly drafted and encouraged government officials to make unduly repressive interpretations and would stifle democracy and economic development (see: https://www.newsday.co.zw/2021/11/outcry-over-anti-ngos-bill/).

For its part, the MDC Alliance said the proposed law was unconstitutional, draconian and undemocratic. Party spokesperson Fadzai Mahere said: ‘The PVO Bill confirms that the regime is in panic mode and its solution to the bad governance and legitimacy crisis is to stifle democratic freedoms as we approach 2023.’ (See: https://thestandard.newsday.co.zw/2021/11/14/proposed-law-exposes-mnangagwa-panic/.)