How the commission of inquiry shot itself in the foot

Source: How the commission of inquiry shot itself in the foot – The Standard December 2, 2018 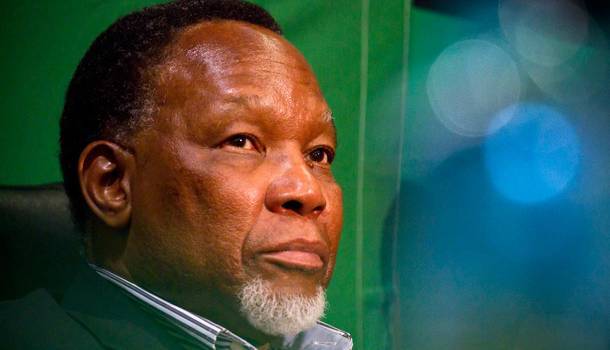 The seven-member commission of inquiry into the August 1 disturbances wound up its work last week and presented the executive summary of its report to President Emmerson Mnangagwa on Thursday, three months after it got into the office.

You will have to salute the commission for a couple of things it got right. First, it fitted all its work within the given time frame even though it looked to be rushing things in the end. Second, it gave its fact-finding mission a rare feeling of transparency. Never mind the fact that it appointed a media person a week or so before the completion of its task. The commission gave everyone a chance to follow what was happening through open invitations and live broadcasts.

It also looked like it was its own boss by declining a request by Defence Forces commander Valerio Sibanda to interview him in camera. And it presented a brave face despite all the criticism it faced right from the start. Similarly, it didn’t balk at Nelson Chamisa’s theatrical demand to turn the hearings into a court session.

That smells sweet for Mnangagwa and Chamisa’s haters, of course. But the young politician must have known right from the start that it doesn’t follow that, just because you get into a room where you are made to raise your hand and say, “So help me God!”, you then must start demanding to cross-examine people instead of just presenting your case and responding to questions.

Lovemore Madhuku, who happened to be one of the commissioners, forgot to teach him that in law school at the University of Zimbabwe. The majority of recent law school graduates think that every life situation, sex included, is a courtroom, so they must be set in a proper position, and that is what the commission did with Chamisa.

Let’s now get a bit grumpy. The good things that it did doesn’t mean the commission came as the knight in shining armour. It also did and didn’t do a number of things that took some points off its credibility graph. On Thursday, the commission told us — without us asking in the first place — that it had sent the executive summary of its report to the president while the rest would follow later. That doesn’t look tidy.

It’s not clear why the commission was in such a hurry to brief the president. What is clear, though, is that rushing to State House with the executive summary presents an opportunity for manipulation of the report. Obviously, there are certain things that the president will not like about it.
Predictably, it is going to say, for instance, the deployment of the army and its execution of duty were not done procedurally.

This is because evidence that was led during the hearings shows that the army broke the law. It didn’t subject itself to the command of the police commander in charge of the deployments on August 1. The army, so we heard, conducted a parallel mission. What, then, is likely to happen here? The president will not tell the commission to delete that part. He doesn’t have a choice because it’s on public record. He will just tell the commission to change the wording so that what the report says at the end of the day doesn’t incriminate the army and him, in the final scheme of things.

When the commission says the full report has been forwarded for printing, it’s just trying to be clever with us. What it’s actually saying is that the report has gone for vetting. We are dealing with a sensitive matter that the world is closely following. The International Criminal Court — that ghost-busting outfit that has concluded that crimes against humanity happen only in Africa, the Developing South, Eastern Europe and South America — is looking for a job. So any careless wording or damning revelations will not do for the Mnangagwa administration. You know what that means. The new dispensation won’t be taking any chances at any given time.

When you sit back in the couch, the point gets clear. The commission of inquiry is not its own boss. It’s working at the behest of the administration.
Say, who wouldn’t want to manipulate a commission he or she invented for his or her own public relations purposes (read “propaganda”)? And what commission would rebel against a principal who gives it money, relevance and the opportunity to visit Victoria Falls?

The commission showed a weird sense of wisdom. We were left twiddling our fingers for Godot. Some people who were supposed to testify never pitched up yet some people who looked and sounded like they had spent a whole week at the bar came. They never called on Vice-President Costantino Chiwenga to come and give evidence.

His name popped up quite a number of times during the hearings, so it would have been good to tag him over for his own side of the story. The High Court had also said he was the one who deployed the soldiers whose presence during the protests coincided with six deaths from gunshots. It would therefore have been useful to hear him speak on his role during the protests. He was the acting minister of defence at that time,

Of course, the VP was under the weather for some time. But he got back to the office while the commission was still gathering evidence, never mind the fact that most of what it got were mere opinions and analyses instead of hard proof. Illness, therefore, can’t be an excuse for Chiwenga to do a no-show. VPs are not immune from commissions. Besides, Obert Mpofu who was Home Affairs minister under whose portfolio the police falls, went and testified.

The commission also seemed too scared to summon Mnangagwa. It must have at least asked him to make a written submission. He could have sent someone from his office if he was too big to appear before a commission that he set up. We know that a president can’t be prosecuted for as long as he is still in office, but the commission of inquiry wasn’t doing any prosecutions. It would actually have been a good thing for the president to show respect for his own creation by testifying too. The fact that he and his deputy didn’t go shows that the commission was being unfairly selective.

Then there is the issue of key witnesses who tried to testify but, for some strange reason, were ignored. That includes Jestina Mukoko, the Zimbabwe Peace Project director. People may not know this, but Mukoko wrote to the commission on October 5, giving it her own findings relating to what happened on August 1. She indicated that she would give further evidence if invited to do so.

A week after, she wrote to the commission again, providing more evidence, complete with affidavits from 18 of the victims of the violence that broke out when people took to the streets on August 1. She and at least 15 victims who were ready to talk weren’t invited. The commission ignored video evidence from civil society too. The question is: Why did it ignore Mukoko, the victims and the evidence they wanted to produce?

Mnangagwa has promised to make the Motlanthe report public. We wait to see how useful the final product will be.

Tawanda Majoni is the national co-ordinator at Information for Development Trust (IDT) and can be contacted on tmajoni@idt.org.zw