I will not win the election— Madhuku 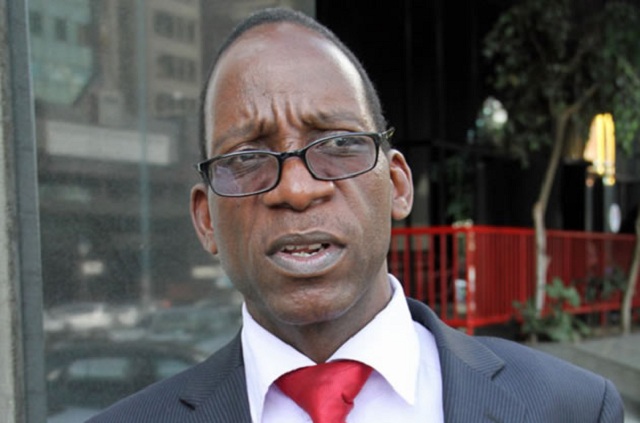 Source: I will not win the election— Madhuku – Sunday News

Nqobile Tshili, Sunday News Correspondent
NATIONAL Constitutional Assembly (NCA) president Professor Lovemore Madhuku has said he is not expecting to win this year’s presidential elections but use the opportunity as a stepping stone for eventual victory in 2023 and beyond elections.

“There is more to an election than winning, an election has several components. The first one is promoting democratic culture in your country. It’s about creating a situation for you to build on. We might not be taking this election, we are praying more for life, and if we are here in 2023, here in 2028, then you will see what we are going to get but it starts in 2018.”

He said his party should not be expected to perform like Zanu-PF and the MDC in the coming elections as it is a new entrant.

He, however, said his party was confident of winning in some of the constituencies and will bring development and prosperity as promised by other political parties.

Prof Madhuku is one of the 23 presidential candidates contesting in the country’s harmonised polls and has 72 out of 210 candidates running for the National Assembly seats.

The constitutional law expert said his party was also contesting some council seats but did not have statistics for contesting candidates. Prof Madhuku said his campaign strategy will consists of small meetings and door to door campaigns as his party does not command too much following to be calling for rallies.

He said NCA just like any other party, is promising development and prosperity to the people of Zimbabwe.

“We stand for development and prosperity of the people of Zimbabwe, which is what every party will claim to be standing for.

We cannot claim to stand for anything different from what other parties are standing for,” he said.

“It’s like going to people who are in a marriage and asking on what basis is your marriage standing on? They will say it’s based on love. Whether there is real love or not it’s a different matter. This is what Zanu-PF will claim and other political parties will claim. But we are more genuine and convinced that the political parties that were there before were not as focused on the welfare of people as we ourselves.”

Prof Madhuku said his party wants to transform the country’s political landscape dominated by Zanu-PF and the MDC.

He said the dominance of the two parties creates a one-party state mentality which he said was not healthy for democracy.

“One other reason why we are in this election is that we want to destroy this two-party politics because it’s very dangerous for the country. That you are either Zanu-PF or MDC that’s a one-party state mentality, although there are two parties. It’s a one-party mentality. We want a multiplicity of parties, the society benefits from different views,” said Prof Madhuku.

He said so many people are stuck in Zanu-PF and the MDC yet they do not believe in the ideologies of those parties.

The NCA leader said such a situation becomes a breeding ground for factionalism that has rocked both parties in the recent past.

Prof Madhuku said those seeking political offices conveniently join Zanu-PF and MDC as the likelihood of being elected in those parties is higher. He said the country’s democracy although mature, has not fully blossomed hence Zanu-PF winning 46 wards uncontested.

Prof Madhuku said the existence of 133 political parties means nothing until those parties actively participate in electoral processes. He said his party was now a permanent feature in the country’s politics. Prof Madhuku said this month’s election is a stepping stone for his party and the public should not expect wonders from him.