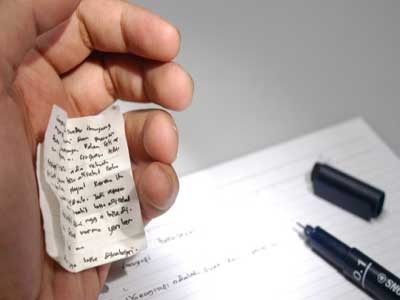 The Institute of Chartered Secretaries and Administrators of Zimbabwe (Icasz) is under the spotlight after a former lecturer, Last Mapuranga, quit his job alleging exam fraud and poor corporate governance at the institution.

In his resignation letter seen by NewsDay Business, Mapuranga, who also chaired the steering committee, raises concern over how undeserving candidates who had failed exams were awarded marks through the back door.

He also claims that Icsaz was contracting under qualified lecturers, thereby compromising quality.

“Chief executive, Sir, I recall I have engaged you more than twice about the structure of the programme to no avail. I think the programme was structured to enrich the pockets of some people and not for the benefit of the candidates” Mapuranga said in the letter dated June 3.

The allegations have not sat well with Icsaz which through its lawyers Dube, Manikai and Hwacha has since written to Mapuranga alleging defamation.

Icsaz is demanding that Mapuranga retracts his statement and issues a public apology.

In response, Mapuranga has maintained his position, insisting that he has evidence of irregularities in the Icsaz exam system.