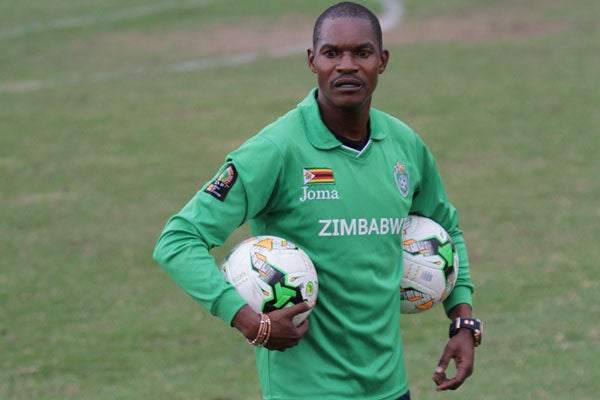 ZIFA are looking to hire a foreign coach to replace Sunday Chidzambga, who resigned as the Warriors coach last week, and have since identified three possible targets that they think are suitable for the top post.

An informed source told NewsDay Sport that the association has identified two Europeans and one South African, who is coaching a top league side in that country.

Chidzambga left his post last week ahead of the team’s African Nations Championship (Chan) qualifier against Mauritius, having presided over the senior national football team’s poor show at the 2019 Africa Cup of Nations, where they were eliminated in the first round with a single point and a single goal to their name.

“The issue of the Warriors coaches was one of those that were discussed at the board meeting last week. There are three coaches that have been identified and negotiations have started. The good thing is that they have all shown interest in the job,” the source said.

“The board want a coach who will be independent because there is a general feeling that most local coaches are poisoned. They want a coach who will select his squad and do his job without undue influence from outside forces.”
The source said Zifa will, in the next few weeks, announce the Warriors interim technical team coach to take charge of the team’s Chan campaign, with Chicken Inn coach Joey Antipas likely to get the post.

It is understood that some of the Zifa board members wanted FC Platinum gaffer Norman Mapeza to take over, but complications arose over his availability for the job since his club is involved in the Caf Champions League.

The Chan squad is currently headed by interim coach Rahman Gumbo, who was promoted after Chidzambga’s resignation.

Gumbo was Chidzambga’s assistant, together with Lloyd Mutasa, who is also still with the team.

The two were in charge when the Warriors began their Chan campaign yesterday with a 4-0 away win to Mauritius in the competition’s preliminary round first leg.

A brace each by Leeroy Mavunga and Never Tigere sealed a comfortable victory for the team ahead of the reverse fixture set for Barbourfields Stadium in Bulawayo on Sunday.

The winner of the contest will meet either Lesotho or South Africa in the first and final qualifier for the Chan finals set for Cameroon next year.

Lesotho beat South Africa 3-2 in the first leg, and the reverse fixture is in Pretoria this weekend.

Meanwhile, Zimbabwe were yesterday handed a fairly easy opponent in the preliminary round of the 2022 Fifa World Cup qualifier after they were paired against lowly Somalia in a draw for the African qualifiers conducted at the Caf headquarters yesterday in Egypt.

The Warriors, ranked 27th in Africa, were the top-seeded team in Pot 1 and will be expected to run over the 53rd ranked team in Africa.

Somalia are only ahead of Eritrea in Africa.

Zimbabwe have faced Somalia twice before, once in a friendly match and in a Cecafa Cup match, with the Warriors winning the two matches with an identical 2-1 score line.

Both matches were played way back in November 1983.

The preliminary round games will be played between September 2 and 10, with the Warriors playing away first.
Yesterday’s draw involved the 28 lowest ranked teams in Africa and the 14 winners will join the continent’s 26 top-ranked nations in the second qualifying round.

The 40 teams will then be split into 10 groups of four to play home and away round robin matches with the group winners advancing to the third and final qualifying round.

The 10 teams will be drawn against each other to play home and away matches with the five winners advancing to represent Africa at the 22nd edition of the Fifa World Cup.