If General Tongo had been alive, today’s crop of looters wouldn’t have been anywhere near echelons of power in Zimbabwe

As the nation commemorates the 41st anniversary of the tragic and gruesome death of arguably the most principled, brave, and strategic leaders to ever emerge from this country (together with, another towering hero Dumiso Dabengwa) – in a most suspicious road traffic accident in Mozambique, on 26 December 1979, in an entourage that included the current minister of defence Oppah Muchinguri Kashiri, soon after the Lancaster House Agreement, which signalled the victory of the liberation struggle – the ever-suffering masses of Zimbabwe can not help wondering just how their livelihoods could have been like, had an astute man like General Josiah Magama Tongogara been still alive today, and had been our leader.

Source: If General Tongo had been alive, today’s crop of looters wouldn’t have been anywhere near echelons of power in Zimbabwe – The Zimbabwean 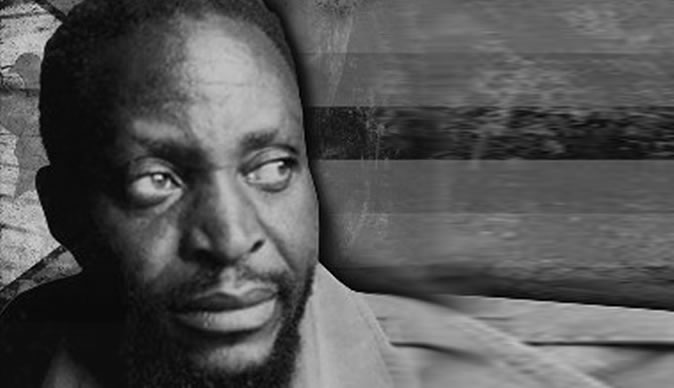 Of course, such a line of thinking would merely be based on conjecture, since what we know about this great man is largely based on information derived from others, rather than personal knowledge – which, in law, would be regarded as hearsay – however, we can confidently conclude that General Tongo (as he was affectionately known), was a no-nonsense person, who stood firmly on high values of honesty, humility, and selfless love for his fellow humankind.

Who can ever forget the determined and very believable manner in which he articulated the mission of the liberation struggle – which was not targeted at any particular ethnic grouping, especially the settler white community, but primarily aimed at destroying all racial barriers and inequalities, and for a truly democratic state, in which all citizens would be regarded as equal, and have an equal say in the country’s trajectory, and share equitably in the national cake – but, he also made it abundantly clear that he was not fighting so as to gain any personal glory, wealth, and power after Zimbabwe attained independence.

Such are the true hallmarks of a leader well deserving to be entrusted with the helm of any nation, most particularly his own beloved Zimbabwe.

Needless to say, as the Shona adage goes: “Munhu akanaka haararame, asi kunosara mhondi nevaroyi” – loosely translated means, “those who are upright and good do not live long, but we are left with murderers and witches”.

Wow, that is why I love our local languages, as they possess a meaning that sounds so prophetic!

Indeed, human beings have been known for their amazing propensity to morph, over the course of time, into characteristics that no one ever saw coming – whether from bad to good, or vice versa – but, in most cases, the attributes we currently know of a person, were likely already detectable in their early years.

The same applies to the crop of leaders we have the most unfortunate, seemingly cursed, the tragedy of having today in Zimbabwe – clearly the complete opposite of the nature of General Tongo – whose only purpose in life appears to be to steal, kill, and destroy, glaringly evidenced by their insatiable thirst for looting the country’s vast national resources for their own enrichment and opulence (whilst, the rest of the population are abandoned to the caprices of the savagery of poverty and destitution), and at the same time, this opportunistic elite has no qualms, whatsoever, descending heavily in brutally quashing any dissenting voices…a trait worlds apart from the caring, loving, and fatherly personality of the great Tongo.

Need I repeat – “Munhu akanaka haararame, kunosara mhondi nevaroyi”, or as those who study the Holy Bible would know, the devil only comes to “steal, kill, and destroy”.

I am sure those who had a much closer knowledge of the people who, today, pride themselves as our leaders, would testify that, even during the liberation struggle – or, possibly earlier than that – they already exhibited very disturbing signs of their untrustworthiness, cruelty, and corruption…and, as such, nothing they are doing today, comes as any shock.

In fact, just as the rest of Zimbabweans have heard the numerous reports of General Tongo’s forthrightness, steadfastness, and uprightness, during the liberation struggle – we have also leant of the despicable, shameful, and contorted nature of some, who now occupy positions of power in the country.

Therefore, would it be conceivable that a liberation icon, who was popularly known for his uncompromising stance on Ubuntu (humanity), selflessness, and bravery, could have ever tolerated the bunch of corrupt, morally bankrupt, and incompetent leaders we have today, to be anywhere near the corridors of power?

Would it have been remotely possible that a man in the mould of General Tongo, could have looked the other way, whilst the people whom he gave his life for, were treated as second-class citizens in the same country that he fought for?

This was a genuine hero, who did not fight for his own self-aggrandizement, or personal power – as opposed to some of his comrades, who proved to be nothing more than wolves in sheep’s clothing, who were never in it for the masses, but for themselves.

For these so-called ‘leaders’, risking their lives in a precarious war of liberation, was merely a form of personal investment plan – in preparation for their own personal benefit in an independent Zimbabwe – at the exclusion of the rest of the population.

Is it any wonder the good general was never allowed to see that Zimbabwe? A questionable accident, whose truth might never be known – maybe, only under a genuinely new dispensation.

General Tongo will be greatly missed – possibly, more by this generation, whose livelihoods and future has been barbarically and cruelly stolen by the current opportunistic ruling elite – as we ponder over what could have been, and what our lives could have been…only had General Josiah Magama Tongogara been alive today.

Newer Post
These 7 Online Tools Could Take Your Insta Image From Rags To Riches
Older Post
JUST IN: Plaudits to Zim’s unsung heroes