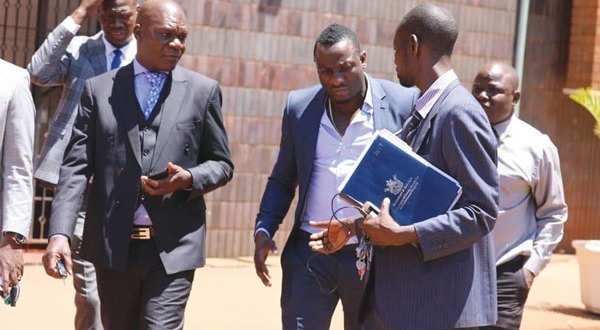 The shiny limousines and ramshackle taxis that share Zimbabwe’s roads have one thing in common — both sets are among thousands of vehicles that are smuggled into the country annually, prejudicing the treasury millions of dollars in taxes.

With the local car assembly industry hardly operating, Zimbabweans have been forced to import cars, and figures from the government statistics office ZimStats shows that more than US$5 billion has been spent on vehicle imports since 2009. But some of the cars are brought into the southern African illegally by corrupt importers who undervalue their cars in connivance with clearing agents, law enforcement agents and government officials, according to recent court records. An expert in the sector says Zimbabwe is losing about US$5 million dollars every year to smuggling, under-invoicing of car imports, money which could be used to procure national essentials such as drugs.

“We are struggling economically and in these desperate times, we could be using this money for COVID-19,” said the official from the Zimbabwe Revenue Authority (Zimra), who declined to be named.

Zimbabwe is battling to finance its already ailing health sector to deal with coronavirus as local cases continue to rise.

In a letter written in June to the World Bank, IMF and the African Development Bank, Finance minister Mthuli Ncube said Zimbabwe needed at least US$200 million to fight the pandemic.

Official statistics show that, on average, 4 000 new and pre-owned vehicles imported from countries such as Japan, Britain and South Africa are cleared for entry through Zimbabwe’s Beitbridge border post every month with Zimra collecting at least US$8,5 million dollars in taxes.

Zimra is currently charging up to 96% duty for used car imports so on average, a modest vehicle attracts import duty of between $2 500 and $5 000.

While Zimra officials were available to discuss details of vehicle smuggling, recent high profile court cases involving a top government official and a businessman give as insight into the magnitude of the problem.

Former Principal Director for State Residences in the Office of the President and Cabinet Douglas Tapfuma was sentenced to four years in prison in June after being convicted on three counts of criminal abuse of office for importing duty-free eight vehicles through the use of forged documents.

Wealthy businessman Genius “Ginimbi” Kadungure, who has a collection of top-of-the-range sports cars, was recently convicted of under-declaring the price of a Bentley Continental GT that he bought in South Africa last year, and paying US$81 000 in import duty instead of nearly $140 000. This scam was a classic case of trade under-invoicing, which is responsible for a substantial proportion of illicit financial flows around the world.

According to US based Global Financial Integrity (GFI), trade misinvoicing cost Zimbabwe US$1 billion over a ten-year period indicating the in adequate detecting systems in the country’s trade systems. The losses result from a form of customs and/tax fraud involving exporters and importers purposefully false reporting the cost and quantity of commodities.

GFI senior economist, Rick Rowden in June this year told NewZimbabwe.com website that, “For Zimbabwe’s trade with all of its global trading partners in US$ terms we identified gaps totalling US$694 million for the year 2017, and an average sum of nearly US$1 billion ($1 010.9 million) over the ten-year period of 2008 -2017.”

GFI says that trade under-invoicing accounts for around 87% of the estimated $70 billion that Africa loses annually through illicit financial flows. Last November, Zimra seized 433 cars that had been imported into Zimbabwe without paying customs and excise duty. At least 74 Zimra officials were arrested and a dozen others dismissed. Zimra did not give details on how the vehicles managed to get into the country without paying tax, but a source at the organisation said there was a criminal syndicate behind the scams: “It’s a syndicate involving the importer, the clearing agents, the tax authority’s employees and car dealers who …manipulate the customs clearance procedures.”

An official with one of the leading Japanese used car exporting companies t said: “Eighty (80) percent of people who buy cars from us request that we undervalue their invoices for duty purposes. We don’t have a problem doing that for them as long as we get our payment. That is one of the reason we have many Zimbabweans buying from us.”

The official — who declined to be named — said they exported at least 3 000 secondhand vehicles to Harare every month while a clearing agent at Beitbridge said they connived with Zimra officials to create fictitious Customs Clearing Certificates (CCC) which they use to release and register vehicles as duly imported. After releasing the vehicles, the syndicate shares the loot from the unpaid duty, according to the agent.

The revenue that Zimbabwe is losing could be going into plugging its acute shortages of fuel and medicines.

Zimbabwe Anti-corruption Commission (Zacc) spokesperson John Makamure confirmed that Zacc had helped Zimra seize some vehicles that were smuggled into the country without paying import duty.

“We do joint operations with Zimra and our duty is to investigate that a person might not have paid duty and we seize the assets,” he said.