Indian VP to visit Zimbabwe. . .Pharmaceuticals high on the agenda 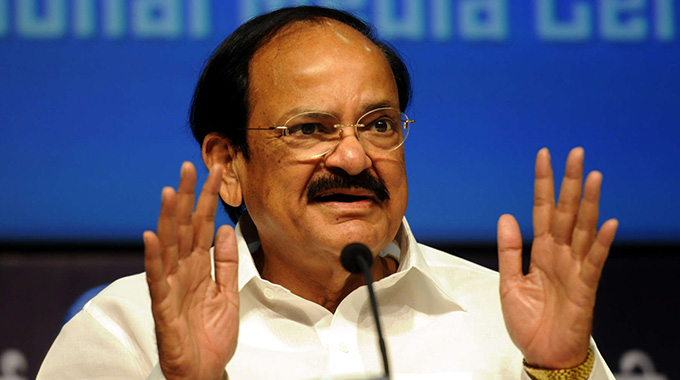 Farirai Machivenyika Senior Reporter
Indian Vice President Muppavarapu Venkaihah Naidu is visiting Zimbabwe this week during which a number of Memoranda of Understanding are expected to be signed in various sectors.

The Indian Embassy’s Secretary for Economic Relations, Mr Tirumurti Tirumurti, confirmed the visit, the first by a high-ranking Indian official to Zimbabwe in 21 years.

The last high-ranking official from India to visit Zimbabwe was then Prime Minister H. D. Deve Gowda in 1996.

“Several MoUs, including in areas of mining, power and culture, are expected to be signed during the visit,” said Mr Tirumurti.

The delegation will also visit Malawi and Botswana between October 31 and November 6.

“During the last four years, there has been an unprecedented 26 visits to Africa by the Indian president, vice presidents and prime minister apart from several ministerial visits to Africa,” said Mr Tirumurti. “This is in keeping with our continuous enhanced engagement with Africa.”

Mr Tirumurti pointed out that during the JUly 30 harmonised  elections, an eight-member delegation from his country’s election commission was in Zimbabwe to observe the polls.

He said measures being taken by the Government of Zimbabwe to revive the economy were being received with keen interest by Indian investors.

The Asian country has provided assistance in various areas, including the health sector.

Writing in his weekly column in The Sunday Mail, President Mnangagwa said discussions during VP Naidu’s visit would include supply of medicines to the country.

India has the world’s third largest pharmaceutical industry in terms of volume.

President Mnangagwa said the visit presented an opportunity to tap into the Asian emerging economic giant’s globally recognised achievements in the pharmaceuticals industry.

“This week we will host the Vice-President of India,” the President said. “India is a key drug supplier to us. Government hopes to take full advantage of this fraternal visit to explore possibilities on pharmaceutical supplies on the back of government-to-government arrangements,” he said.

“Likewise, we will engage other governments with supply capacity at good value for money. Our scope of engagement with friendly governments will go beyond drug imports.

“We will explore ways to reboot our capacity for the local production of essential drugs as before.”

The country is facing a shortage of essential medicines attributed to the scarcity of foreign currency.