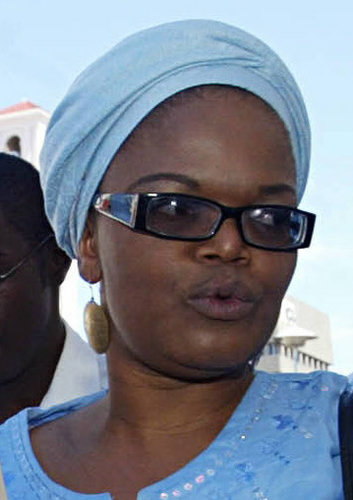 “Where is the outrage from the international community that Hopewell Chin’ono is being held as a political prisoner? His life is in serious peril. Raise awareness about his unlawful imprisonment. Do not let him to be forgotten. You or someone you love could be the next one abducted from your home and put in leg irons.”

“Lawyers like other citizens are entitled to freedom of expression, belief, association and assembly. In particular, they shall have the right to take part in public discussion of matters concerning the law, the administration of justice and the promotion and protection of human rights…..”

On 19 August 2020, Magistrate Ngoni Nduna of the Harare Magistrates’ Court granted an order “disqualifying” Beatrice Mtetwa from representing her client Hopewell Chin’ono in his bail rehearing and directed the Prosecutor General to consider prosecuting her for contempt of court. A careful reading of the Magistrate’s ruling suggests that this was an instance of judicial overreach.

Beatrice Mtetwa is a leading Human Rights lawyer in Zimbabwe and is a longstanding friend of the Johannesburg Bar. She is highly regarded all over the world for her determined and ethical commitment to the protection of the rule of law.

In June 2020, Hopewell Chin’ono, a journalist, exposed a $60 million Personal Protective Equipment procurement scandal that led to the arrest and dismissal of Zimbabwe’s Minister of Health, Obadiah Moyo. Hopewell Chin’ono was himself subsequently arrested and charged with incitement to commit public violence, having called for peaceful, socially distanced protests in small groups against the Government. Over 60 opposition politicians, activists and journalists and a number of lawyers were also arrested and charged on a variety of vague charges.

Magistrate Nduna refused Hopewell Chin’ono earlier application for bail on 24 July 2020 and an appeal against that decision was unsuccessful.

Centre for Democracy and Development (Mozambique)

Centre for Human Rights, Education, and Advice and Assistance

Centre for the Study of Violence and Reconciliation

Lesbians, Gays and Bisexuals of Botswana

Network of Independent Commission for Human Rights in Northern Africa