Some of the Chitungwiza municipal workers

The workers accused their bosses of gross incompetence by turning a blind eye to activities of land barons while failing to provide them with residential stands.

“We have approached our employer several times over the years, to request for a residential stands for our members to no avail,” he said.

“What is painful is that some workers have been working for this council for over 30 years but don’t even own a house. They are turning a blind eye to the activities of land barons who are taking up large tracts of land under council’s jurisdiction without any benefit accruing to it,” he said. 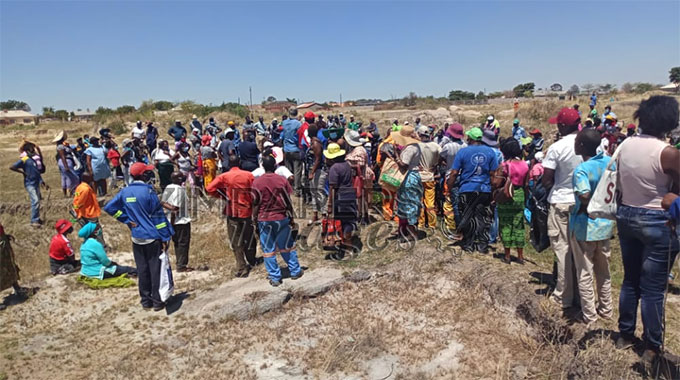 On why they had decided to grab land, which falls under another local authority, Mr Katsinha said it was a protest strategy to make their grievances heard.

“We are yet to obtain the details on this land invasion in Manyame by our workers. However it must be noted that we are a law-abiding entity and we operate and do our things within the confines of the law at any level of the council,” he said.

Harare metropolitan provincial development coordinator, Mr Tafadzwa Muguti, who officiated at the ground breaking ceremony of Chitungwiza council’s town house yesterday, called on the council to address the issues raised by its workers.