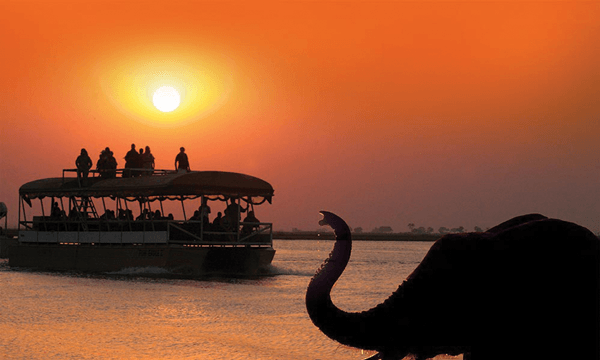 BY OBERT SIAMILANDU
IT’S 5:30am on a Saturday at Musambakaruma fishing camp, which is on the south-east side of Kariba urban.

An attractive and well-built woman, obviously in her early 40s, is standing by the shore of Lake Kariba. She is a fish vendor, and she watches; her white big eyes glowing as the fishing boats that are fully loaded with fish approach the shore.

The fishing boats are made of fibre and are about eight metres long.

The fishmonger then glares at the female fish vendors, empties the fish from the boat, and his catch is weighed. It is about 70kg. He then turns to the attractive woman, staring at her. She, in turn, responds with a sexy glare.

“Thank you George, now I can plan my journey back to Kwekwe,” said the woman after she got delivery of her fish, without paying for them.

“Thank you for the parcel, I will see you tonight before I leave for Kwekwe,” she added.

NewsDay observed that in contrast to their female counterparts, most prospective male fish buyers leave Lake Kariba empty-handed and disgruntled.

The female fish vendor received 70kg of fish in exchange for a night of bliss.

Women fish vendors flock to Lake Kariba from as far as Gweru, Harare, Kwekwe, Chegutu, Kadoma and other cities to purchase fish for resale. Not all of them exchange sex for fish, but that kind of prostitution is rife in Kariba.

Sex for fish is rampant in Kariba and is likely to result in a surge in HIV cases.

In 2020, Transparency International Zimbabwe produced a report which stated that more than 57% of women surveyed said they had been forced to offer sexual favours in exchange for jobs, medical care, goods, and even when seeking places for their children at schools.

The report also stated that women in the informal sector were subjected to sextortion as a form of non-monetary bribe by various officials.

For several women that visit Musambakaruma fishing camp in Kariba, their survival, and that of their families, depends on the fish trade.

Some of them told NewsDay that they had no choice, but to engage in sex for the fish practice as the country was currently facing economic challenges and a high unemployment rate.

“For women and men in the fishing camps, the risk of contracting HIV is high. Fishermen typically travel from one fishing camp to another or even urban centres, and back to fishing camps, and may have different sex partners at each location. They may or may not know their HIV status, and they do not like to use condoms,” said one of the affected women who identified herself as Mai Tashinga.

A fishmonger at the nearby Gache-Gache fishing camp, Tongai Mhene, who has been fishing in Lake Kariba for the past 20 years, told NewsDay that the sex for fish practice was rife.

He said although he had not engaged in the practice, a lot of fishermen were into it.

“My friends have encouraged me to do it. They force me to go with them. They give women fish in exchange for sex. I do not think it is a good thing as they can be exposed to HIV infection,” Mhene said.

A 38-year-old divorcee, who is a mother of three, told NewsDay that she also used to exchange sex for fish.

“I would simply tell the fishermen that I did not have money, but I want their fish. We would then agree to have sex in exchange for the fish,” she said, adding that she needed food for her children and had no option, but to sleep with the fishermen. “I am currently HIV negative. Catching HIV is fate, and it is normal,” she added.

Observations made by NewsDay were that some women were aggressive at fishing camps, and would approach men soliciting for sex for fish.

“Yes, this is happening, but it’s not happening at fishing camps only. It is happening everywhere. Remember, we are in a tough situation due to COVID-19 and women end up being forced to eke out a living using immoral means such as sex for fish. It is a dangerous trade,” Manzungu said.

Ellen Vhengere, director for Tony Waite Organisation, which takes care of woman and girl child interests in Kariba, said they normally engaged women to encourage them to find other means of survival instead of engaging in the sex for fish practice.

“If women lack capital to revive their businesses, they have an opportunity to apply for loans from the Zimbabwe Women’s Micro Finance Bank. This will prevent them from getting sexually transmitted infections and reduce gender-based violence,” Vhengere said.