Like many Zimbabweans, I was disappointed by the election – but there is hope

Emmerson Mnangagwa was voted in as Zimbabwe’s president this week.

Source: Like many Zimbabweans, I was disappointed by the election – but there is hope | Metro News 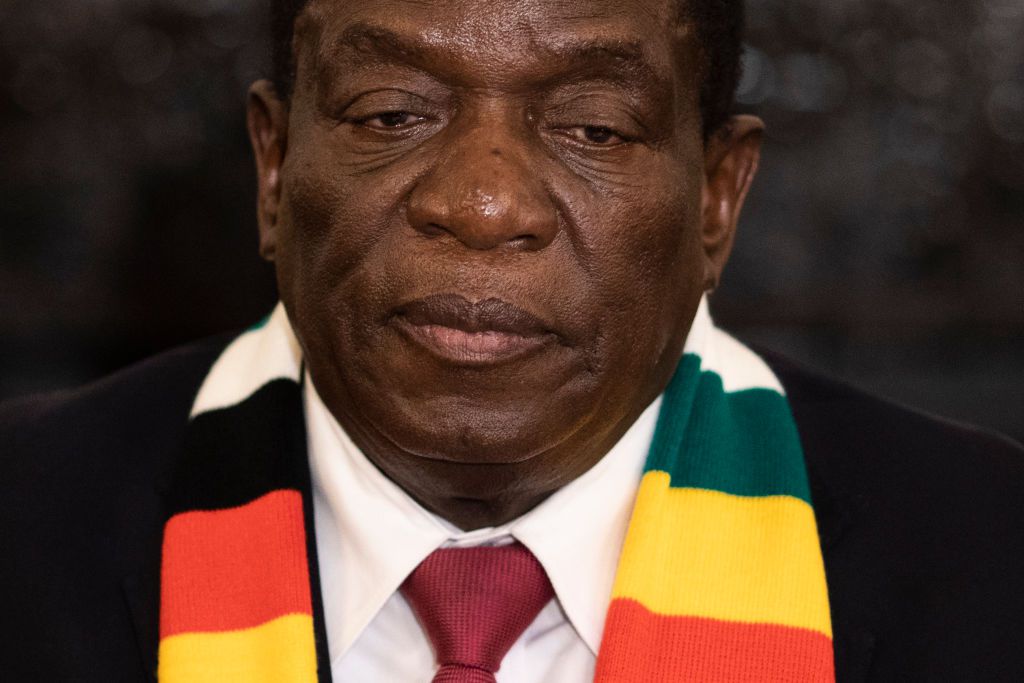 Like millions of my fellow countrymen and women, I feel devastated that Zimbabwe has been cheated of a wonderful opportunity to make a fresh start. After 38 years of misrule under Robert Mugabe, his removal last November was a dream come true.

Euphoric celebrations lasted for days. People climbed up onto the tanks that trundled into the city centres and hugged the soldiers manning them. Our liberator, the ‘smart coup’ mastermind and former vice president, Emmerson Mnangagwa, promised elections within a year. He was true to his word. What made us all dare to hope so hard was that he appeared to be what he said he was – a born again democrat; tolerant of divergent views, prepared to fight corruption and determined to resuscitate the moribund economy by re-engaging the west and cutting through the tangle of red tape that had stifled investment in the past.

When he renounced Mugabe’s crude anti-west rhetoric and actively courted business delegations from the USA, Britain and the EU, opened the door to the international media and foreign election observers from every nation under the sun (banned during the Mugabe era), our hopes soared even higher. Many of us still had misgivings of course.

The memories of Mnangagwa’s ruthless ways in his various roles since 1980 – as minister of defence, justice, the intelligence services, and as Mugabe’s election agent were clear. But he got rid of Mugabe for us, and this election – open to the eyes of the world as never before – was a golden opportunity for a clean break with the past. Millions of us in exile abroad spoke longingly of returning home. Most had fled in search of jobs as the economy collapsed, we lost our currency and our bread basket status, repression by the state became the norm and corruption became systemic. An estimated four million sought greener pastures around the world.

Then in February, veteran opposition leader Morgan Tsvangirai, founding president of the MDC, died of cancer. His protegee and vice-president – a firebrand young lawyer and pastor, Nelson Chamisa, sprang to the fore and charmed huge crowds all over the country with his eloquence and vigour.

There was more hope for a future ruled by the new generation, who knew how the 21st century worked and what was needed for Zimbabwe to catch up with it – and not by septuagenarians who only talked about fighting the bush war in the 1970s. As preparations for the election unfolded, however, it became all too apparent that the Zimbabwe Electoral Commission was still sorely compromised and there was flagrantly partisan towards Zanu-PF. Formed in 2004 as a purportedly independent body to run election, ZEC was compromised from the start.

It was still staffed largely by army personnel, especially at senior levels. The catalogue of its partisan behaviour during the run-up to the election is lengthy. MORE: ZIMBABWE OPINION Like millions of Zimbabweans, I was disappointed by the election – but there is still hope Zimbabwe opposition leader claims voting was ‘rigged’ following defeat President Emmerson Mnangagwa wins controversial Zimbabwe election It includes withholding the voters roll from the opposition MDC, until forced by a court order to release it; failing to remove the 900,000 ghost voters; leaking the phone numbers of individual voters to Zanu-PF; avoiding any semblance of transparency regarding the printing, storage and distribution of the ballot papers; and bungling the postal vote by the police force.

Its shenanigans during the election have been well documented and will undoubtedly form the basis of the MDC’s legal challenge against the official results, in which ZEC claims that Mnangagwa won 50.8% of the presidential vote. MDC president Nelson Chamisa says that according to his records, he won 56%. Whether one believes that this election was stolen or not is immaterial. The fact of the matter is that we now have another five years of Zanu-PF – the party that has overseen the decay of a once proud and prosperous nation. This is the party that has been synonymous with rigging elections in the past, with violence, corruption and human rights abuses on a large scale. Its upper echelons – the chefs (as they are called in local parlance) – are wealthy beyond measure, while most Zimbabweans are jobless. Our only hope for the future is that the international business community decide to hold their noses and invest in Zimbabwe anyway. There is money to be made in Zimbabwe – and more than anything, people need jobs.