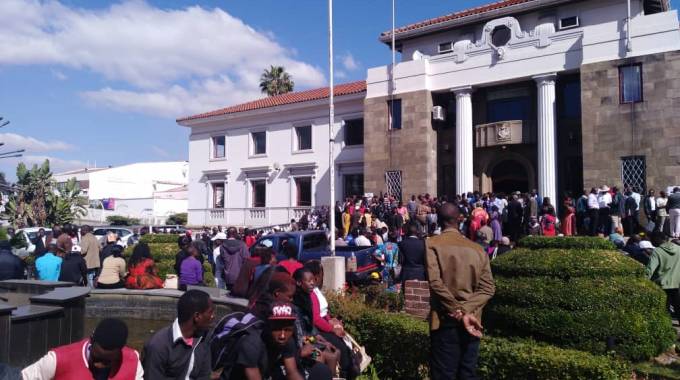 1124: Some candidates are being whisked out of the courtroom and being made to pay fines for contempt of court, after disrupting the process as many of them failed to switch off their cellphones.

1121: Some candidates might fail on minor technicalities. As some of them are submitting their papers and leaving before their names are called out to make payments. 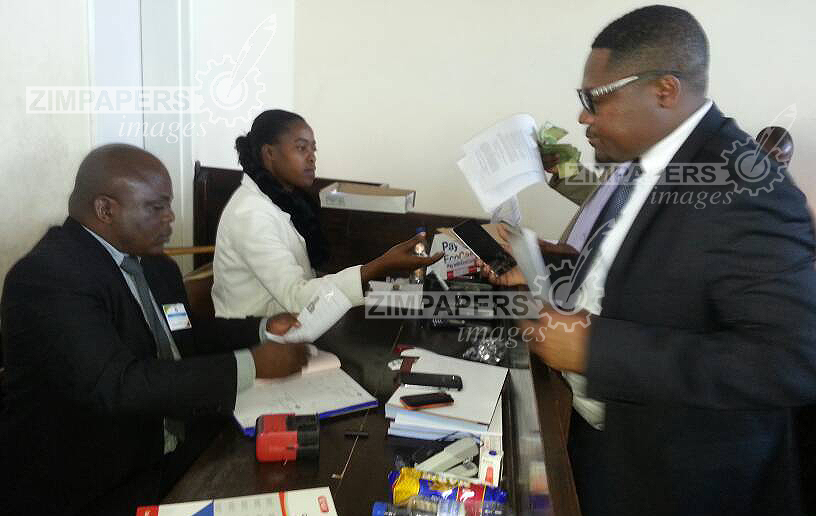 1114: Zanu PF National Assembly Bulawayo Central candidate Cde Mlungisi Moyo, says he fears the process might drag into the night as officials are overwhelmed by numbers. Cde Moyo says this is a sign that Zimbabweans are happy with the new dispensation. “There is freedom of expression and it is evident in the number of candidates. There will be Victors and victims of the Democratic process.”

1109: Former Kwekwe Mayor Mr Shadreck Tobaiwa who is eying a return in the council arriving at the Kwekwe townhouse to file his nomination papers

1107: Proceedings have briefly halted in court 6 as chaos is the order of the day. The presiding officer is calling for order but the candidates are turning deaf ears.

1103: MDC Alliance candidate for Zengeza West Mr Job Sikhala is confident of election victory. He said his victory was a foregone event given the support he said he wields in the constituency. 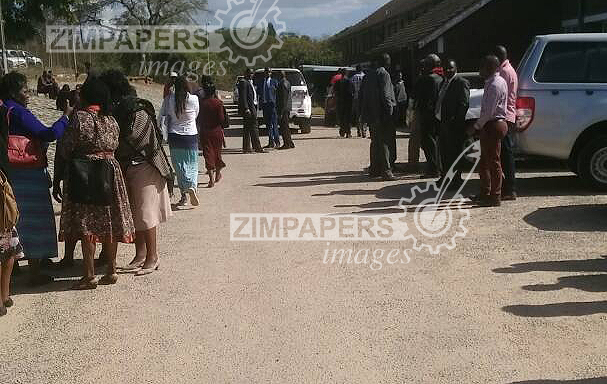 1102: There is chaos in court 6 at Rotten Row were the nomination is taking place as hundreds of candidates are trying to squeeze their way into the tiny room. Police details are maintaining order.

1100: Bulawayo deputy mayor, Mr Gift Banda, has arrived to file his Nomination papers. Nomination is progressing well with a number of councillors having filed their Nomination papers. The council chambers are swamped by candidates and police are controlling entrance.

1059: In Bulawayo province the nomination court officially sat this morning having so far processed approximately 100 nominations as of 9am today. In Hwange district, Nomination Courts are running at Hwange Local Board, Hwange Rural District Council(HRDC) and Vic Falls Municipality. Aspiring candidates waiting for the courts mainly HRDC to open

1058: Former Mines and Mining Development Minister Walter Chidhakwa confirms that he is standing as an independent candidate in the Zvimba South House of Assembly.

1058: In Zaka district , Nomination of local authority candidates is progressing well at the council’s boardroom. 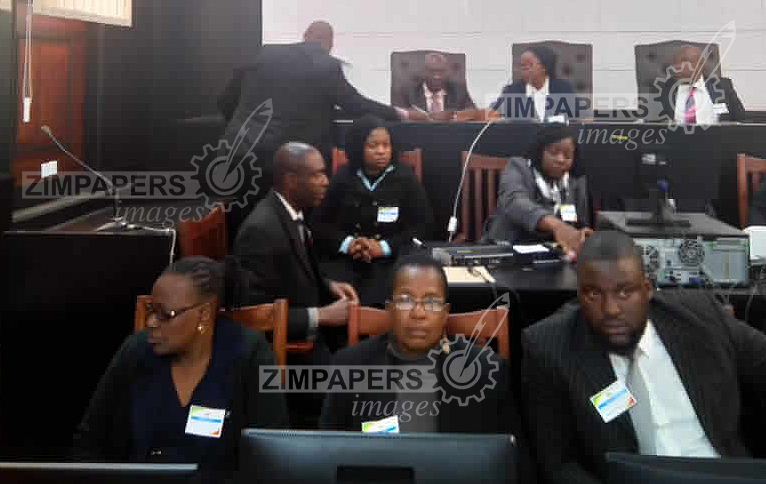 1054: Peoples Rainbow Coalition national chair Mr Dzikamai Mavhaire who is eyeing a senatorial seat has arrived at the Nomination Court to submit his papers.

1052: Herbert Hlatywayo of Zimbabwe Partnership for Prosperity who is contesting for Harare ward 37 said he was happy with the process which she said was fast. He said he was told that his papers are in order and will have to come back at 4pm for results. 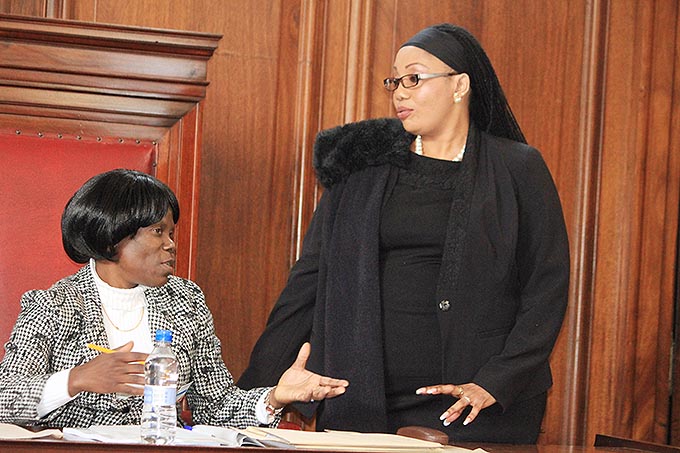 ZEC chairperson Justice Priscilla Chingumba chats with an official from ZEC during the reception of nomination papers of aspiring presidential candidates for the 2018 harmonised elections at the High Court of Zimbabwe this morning. – (Picture by Shelton Muchena) 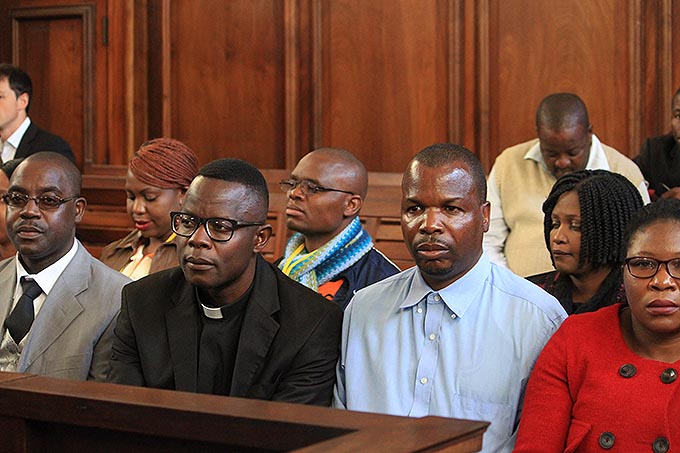 Representatives and aspiring candidates of presidential candidates for the 2018 harmonised elections wait for their turn to submit nomination papers at the High Court of Zimbabwe this morning. – (Picture by Shelton Muchena)

1000: In Beitbridge, there are two nomination courts for local government elections for Beitbridge. The district has 21 wards ( 6 urban and 15 rural)
Rural local government elections candidates will be submitting their documents at the Beitbridge rural district council boardroom. Those contesting urban ward are submitting at the municipality chambers. A handful of candidates are already waiting for the nomination court to open.

0945: Opposition parties candidates in Mashonaland West hail ZEC’s Nomination Court process. CODE senatorial candidate Mr Ezeria George Horwe said the process is fair and there has been no violence and intimidation witnessed yet. They also expect the coming harmonised elections to be free and fair judging on the nomination court proceedings. 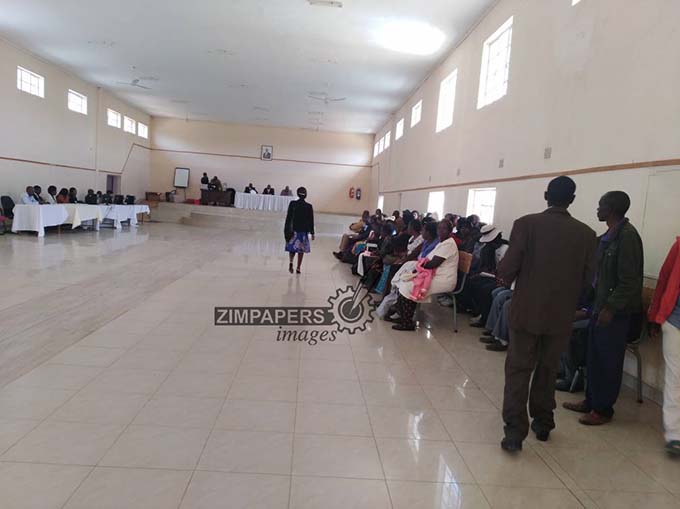 0942: ZEC provincial elections officer Mr Austin Ndlovu started proceedings announcing the list of House of Assembly candidates and all Zanu-PF candidates have already submitted their papers. Mr Ndlovu indicated that the list had all candidates who submitted their nomination papers earlier urging those still to submit to do so. Overall results of those who would have succeeded or failed to be announced at 4 pm. Candidates are just filing their papers before leaving and will return at 4pm.

0926: The nomination court for House of Assembly has set at the Rotten Row Magistrates court. The presiding officer is calling out names of the candidates from different political parties. MDC-T’s Jessy Majome filed as an independent. Matabeleland South Nomination Court for 13 National Assembly constituencies and Senatorial candidates and provincial councils is sitting at the Gwanda Magistrates Court. 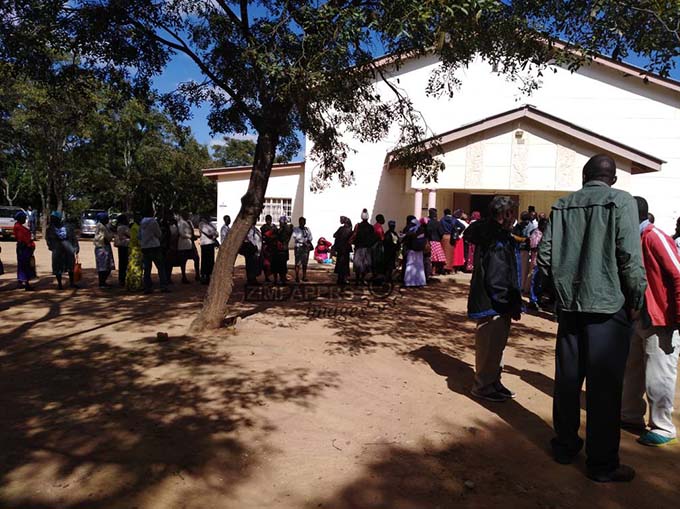 0912: In Midlands Province , the Nomination Court for Senatorial, House of Assembly, Provincial Council and Women’s Quota is sitting in the Midlands Capital – Gweru at Gweru Magistrates Court. The programme is expected to start at 10am. For the urban and rural district councils, the aspiring candidates are submitting their papers at the various council offices across the province. 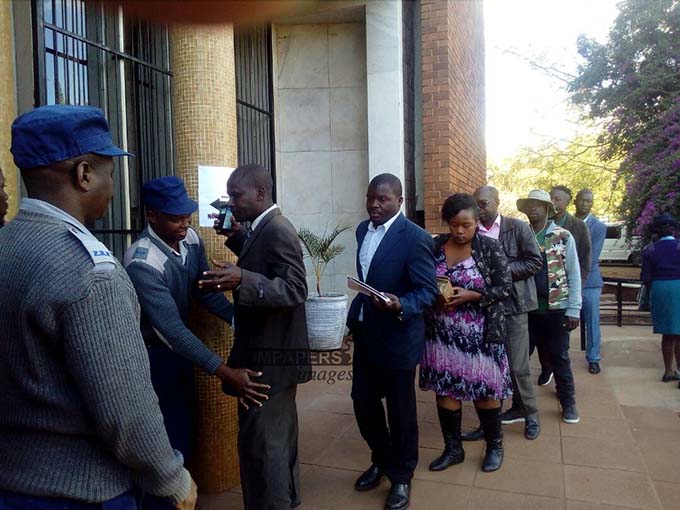 0910: In Mashonaland West, the Nomination Court for Senatorial, House of Assembly, Provincial Council and Women’s Quota is sitting in Chinhoyi at the Civil Court. The programme is expected to start at 10 am. For the urban and rural district councils, the aspiring candidates are submitting their papers at the various council offices across the province.

0900: Aspiring candidates for the 2018 harmonised elections have today thronged the Nomination Court to file their papers.

The economy and business: Connecting the lines