Former Zimbabwe president Robert Mugabe has died at the age of 95. 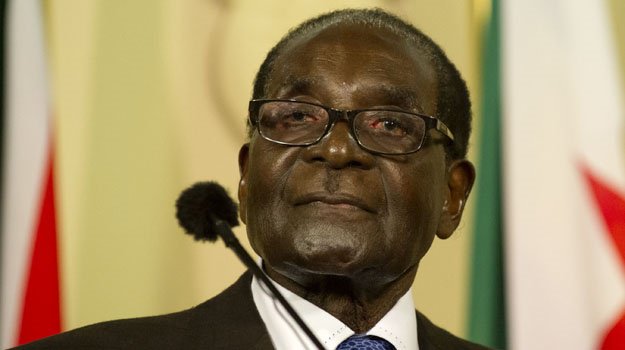 “As a leader the only thing he did wrong was to stay in power for a long time and that’s the only thing that was not right,” says Harare resident Joshua Tsenzete.

Zimbabwe will one day shine again as the Jewel of Africa

The Democratic Alliance (DA) has noted reports confirming the passing of former Zimbabwean President, Robert Mugabe. He will be remembered for his conflicting legacy as a liberator towards independence and an oppressor of the democratic values he once fought for.

President Mugabe oversaw the rise of Zimbabwe as an independent and prosperous Republic but he also oversaw the decline of Zimbabwe into a tyrannical dictatorship which violently repressed opposition and brutalized civilians.

Zimbabwe and her people have suffered a great deal because of this decline.

The repressive regime that President Mugabe left behind is now being put to good use by his erstwhile proteges to continue denying Zimbabweans their fundamental human rights.

It is the Democratic Alliance’s (DA) hope that Zimbabwe will one day shine again as the Jewel of this continent and that her people will finally be governed by fair democratic principles, which enshrine the protection of human rights, including the right to freedom of speech and expression, without fear of coercive violence at the hands of those in power.

We convey our condolences to President Robert Mugabe’s family and loved ones.

May there one day be Unity, Freedom and Work for the people of Zimbabwe.

ANALYSIS: Robert Mugabe as divisive in death as he was in life

The responses to the announcement were immediate and widely varied. Some hailed former Zimbabwean president Robert Mugabe a liberation hero. Others dismissed him as a “monster”. This suggests that Mugabe will be as divisive a figure in death as he was in life, writes Roger Southall.

Figures are hard to pin down, but the International Organisation for Migration (IOM) has said about three million Zimbabweans are believed to live abroad.

Many of them fled due the economic crisis, heading to South Africa, Botswana, the Middle East, the United States, Britain and Australia.

“Zimbabwe was left incapacitated in terms of service delivery.”

Reporters Without Borders said that the government controls the two main newspapers, and all radio and television. Journalists must be accredited and foreign correspondents have been arrested and deported.

Zimbabwe has consistently been ranked as one of the most corrupt countries in the world, rated at 160th out of 180 last year.

It also highlighted “the deeply entrenched system of political patronage, the tight grip of the ruling party over the security forces, and the history of political violence, repression and manipulation”.

In 2006, the World Health Organisation put it even lower at 34 years for women and 37 for men – the worst figures worldwide.

The major causes were HIV-AIDS, the collapse of healthcare and falling standards of living as the country’s economy crumbled.

Life expectancy has now risen to 61.4 years according to WHO, largely due to international aid funding.

Last year Zimbabwe still had one of the highest HIV prevalences in sub-Saharan Africa, with 1.3 million people living with HIV.

But nearly every pregnant woman now has access to anti-retroviral medicines, according to Avert.

At his best, Robert Mugabe could rank beside such revolutionaries as Nelson Mandela and Che Guevara. In the 1970s, he was Africa’s teacher-turned Marxist rebel against white rule who declared: “Our votes must go together with our guns.”

He remains a Zimbabwean liberator who defied the West, but Mugabe, who died on Friday aged 95, will also be remembered as an autocrat who butchered opponents, rigged votes and gobbled up cake at lavish birthday parties while his people went hungry.

ANC secretary general Ace Magashule has extended the party’s condolences to the family of former Zimbabwean president and liberator Robert Mugabe following reports of his death at the age of 95.

Magashule said Mugabe’s life epitomised the “new African” who, having shrugged off the colonial yoke, strived to ensure his country took its place among the community of nations, firmly in charge of its own destiny. 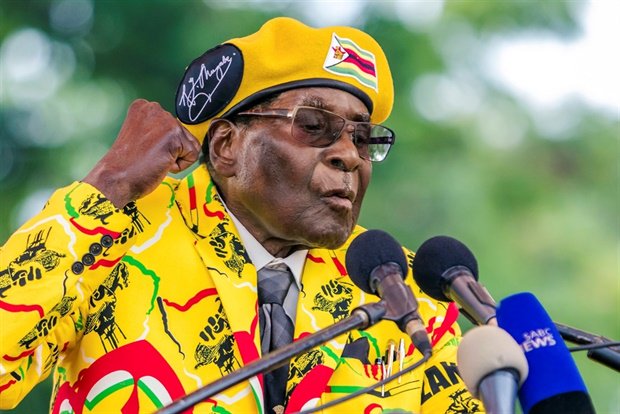 President Cyril Ramaphosa has on behalf of the government and people of South Africa expressed his sincere condolences to the people and government of the Republic of Zimbabwe following the passing of Founding President Robert Gabriel Mugabe.President Mugabe, Zimbabwe’s first post-independence president, has passed away in Singapore at the age of 95.

Paying tribute to President Mugabe, President Ramaphosa said: “South Africans join the people and government of Zimbabwe in mourning the passing of a liberation fighter and champion of Africa’s cause against colonialism.

“Under President Mugabe’s leadership, Zimbabwe’s sustained and valiant struggle against colonialism inspired our own struggle against apartheid and built in us the hope that one day South Africa too would be free.

“Many Zimbabweans paid with their lives so that we could be free. We will never forget or dishonour this sacrifice and solidarity.”

Early in his life, President Mugabe won a scholarship to Fort Hare University where he obtained the first of his seven academic degrees.

Mugabe’s decline in his last years as president was partly linked to the political ambitions of his wife, Grace, a brash, divisive figure whose ruling party faction eventually lost out in a power struggle with supporters of Mnangagwa, who was close to the military.

Despite Zimbabwe’s decline during his rule, Mugabe remained defiant, railing against the West for what he called its neo-colonialist attitude and urging Africans to take control of their resources, a populist message that was often a hit even as many nations on the continent shed the strongman model and moved toward democracy.

Mugabe enjoyed acceptance among peers in Africa who chose not to judge him in the same way as Britain, the United States and other Western detractors.

Toward the end of his rule, he served as rotating chairperson of the 54-nation African Union and the 15-nation Southern African Development Community; his criticism of the International Criminal Court was welcomed by regional leaders who also thought it was being unfairly used to target Africans.

Mugabe’s four-year-old son by his first wife, Ghanaian-born Sally Francesca Hayfron, died while he was behind bars.

He once famously said that he’d rule his country until he turned 100, and many expected him to die in office. But growing discontent about the southern African country’s fractured leadership and other problems prompted a military intervention, impeachment proceedings by the Parliament and large street demonstrations for his removal.

The announcement of Mugabe’s November 21, 2017 resignation after he initially ignored escalating calls to quit triggered wild celebrations in the streets of the capital, Harare.

Mugabe described as ‘a loner and a studious child’

Born on February 21, 1924, into a Catholic family at Kutama Mission northwest of Harare, Mugabe was described as a loner and a studious child, known to carry a book even while tending cattle in the bush.

After his carpenter father left the family when he was 10, the young Mugabe concentrated on his studies, qualifying as a schoolteacher at the age of 17.

After teaching in Ghana, where he was influenced by founder president Kwame Nkrumah, Mugabe returned to what was then Rhodesia, where he was detained for his nationalist activities in 1964 and spent the next 10 years in prison camps or jail.

During his incarceration, he gained three degrees through correspondence, but the years in prison were wrenching.

“It is with the utmost sadness that I announce the passing on of Zimbabwe’s founding father and former President, Cde Robert Mugabe,” Mnangagwa posted on Twitter early on Friday.

“His contribution to the history of our nation and continent will never be forgotten. May his soul rest in eternal peace,” he added.

After Mugabe’s fall from office in November 2017, his renowned physical stamina seemed to seep away.

The former political prisoner turned guerrilla leader swept to power in the 1980 elections after a growing rebellion and economic sanctions forced the white minority colonial government to the negotiating table.

Robert Mugabe: A leader loved and hated in equal measure by Zimbabweans

Loved and hated in almost equal measure by Zimbabweans, the former teacher was best known for his controversial land reform programme, his hatred of any political opposition and his very glamorous young wife Grace.

Mugabe was reported to have died with such frequency in recent years that he boasted once that he had “beaten Jesus Christ because he only died once”. But as he became noticeably more doddery in his 90s, slipping twice in public in 2015, officials in his party began to campaign more openly to succeed him despite his very obvious displeasure.