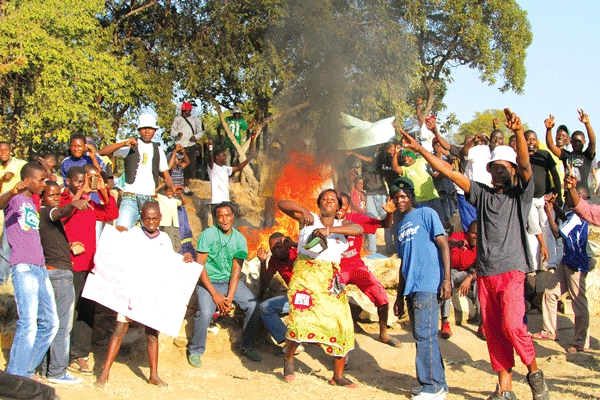 BY CATHERINE MUCHIRI
A RECENT Afrobarometer perception index on how governments are addressing the needs of young people has ranked Zimbabwe 11 out of the 34 countries surveyed in terms of meaningful youth empowerment.

The report, titled Government Performance in Addressing the Needs of Young People 2019/2021, stated that only 20% of youths in Zimbabwe felt that their government handled their needs well.

During the survey, respondents were asked questions like how well or badly they would say their government was handling the needs of the youth.

Tanzania and Botswana topped the list in terms of addressing the needs of the youth with 63% and 55% respectively, while Sudan had the lowest ranking at 9% and Gabon was one of the lowest at 11%.

On Friday, Zimbabwe joined the rest of the world in commemorating the International Youth Day.  This year’s theme was Intergenerational Solidarity: Creating a World for All Ages.

In a statement, the Southern Africa Resource Watch (SARW) said youth should be enabled to participate in key economic sectors in their countries such as mining and other socio-economic develop activities.

“The African continent has a high proportion of young people with 70% of its population under the age of 30, but it also has the highest rates of social challenges affecting youth. Because of rampant ageism, youth are denied opportunities to contribute to public discourse or to seek solutions to some of the continent’s systemic challenges. Discrimination has also resulted in youth being excluded from decision-making processes where they are underrepresented or not being consulted on issues affecting them,” read the SARW statement.

“In the Sadc (Southern African Development Community) region, many local communities living near mining areas continue to suffer the social and environmental consequences of both large-scale and illegal mining. These challenges are obvious to everyone, but neither older people nor the State has solutions.

“This is due to a lack of intergenerational integration in government, the private sector, and, to some extent, civil society. Young people have been denied the opportunity to lead and have been barred from positions of power because of their age hence there is a recycling of ideas across the continent.”

SARW said governments had a responsibility to provide services to communities and the youths, but most of them had failed to do so.

“Most youth are trapped in vicious cycles of poverty, unemployment, and illiteracy, resulting in generations of demotivated youth who see no way out of their difficulties,” SARW said.

In another statement, the United Nations Women (UN Women) said: “We call on all stakeholders to act in solidarity to adopt transformational leadership practices that combat ageism and to lead change with youth every step of the way. We must strengthen the existing body of research so as to fully capture the breadth of ageism.”

They said ageism brought about inequality, discrimination and injustice.

“Without tackling it, we will not achieve gender equality by 2030. Ageism impacts everyone — young and old. Prejudices surrounding age are widespread and unchallenged — in our attitudes, beliefs, policies, and societies,” UN Women said.

“A radical shift is needed in our collective responses to young people and to the arrangements that either exclude or support them. We need an approach that is intersectional, gender-responsive, and which recognises and acknowledges the long-term impacts of ageism, to ensure that no one is left behind.”