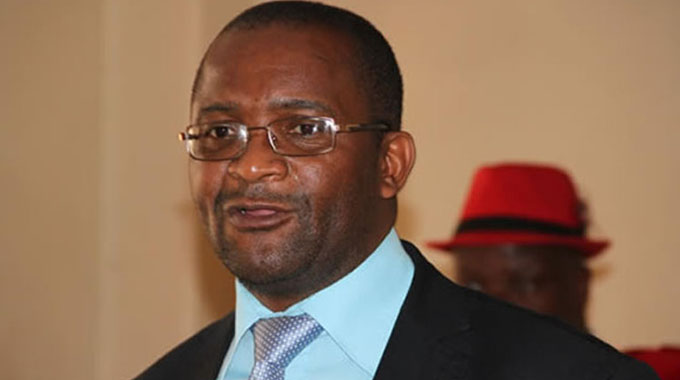 Tendai Mugabe and Zvamaida Murwira
The MDC Alliance is mired in confusion after one of its co-principals and spokesperson Professor Welshman Ncube dismissed claims by MDC-T secretary general Mr Douglas Mwonzora that the coalition has been turned into a single political party.

Prof Ncube described anyone making such insinuations as being “nonsensical.”
Further, Prof Ncube said the alliance leader, Mr Nelson Chamisa, does not have exclusive powers to direct candidates in the coalition to withdraw their candidature in cases where there were double registrations.

In an interview yesterday, Prof Ncube said the alliance remained a coalition of seven political parties and what they have only done was to amend its constitution to make it a corporate body that can sue or be sued in its own capacity.

Last week, Mr Mwonzora told journalists at the Nomination Court that they had turned the alliance into a single political party and that its leader, Mr Chamisa, would have powers to recall its legislators from Parliament if need be.

Prof Ncube yesterday dismissed Mr Mwonzora saying: “I don’t know where you are getting that from. The alliance remains an amalgam of seven political parties. What we have only done was to amend the alliance constitution to make it a corporate body that can be sued or sue in its own name. We are just giving the coalition an identity of its own just like a company or any corporate organisation.

“In Zimbabwe political parties are not registered. Any registration only comes after elections if your party gets five percent of the votes for the purposes of accessing funds provided for by the Political Parties Finance Act. Anyone who is talking of registration before elections is just being nonsensical.”

Prof Ncube rapped the MDC Chamisa faction after it ordered partners who successfully filed their nomination papers without his blessings to withdraw their candidature.

“No one can direct a candidate to withdraw unless if it is does through a round table where people would be negotiating. The issue is now at the mercy of those respective candidates and their political parties to withdraw.”

He dismissed reasoning by the Chamisa-led faction that their agreement stipulated that parties would field candidates where they were stronger.

“That is the general guideline. But there is an appendix in the agreement where it is specific that a political party would field candidates in a particular constituency and that should have been respected,” said Prof Ncube.
“This was a specific clause as opposed to a general clause.”

Morale is at its lowest in the alliance as other fringe parties in the grouping accuse Mr Chamisa of undermining the coalition by unilaterally fielding candidates in areas earmarked for them, leading to double registration.

It is understood that in some instances the MDC Chamisa camp refused to sign nomination papers for other alliance candidates, preferring instead to field their candidates.