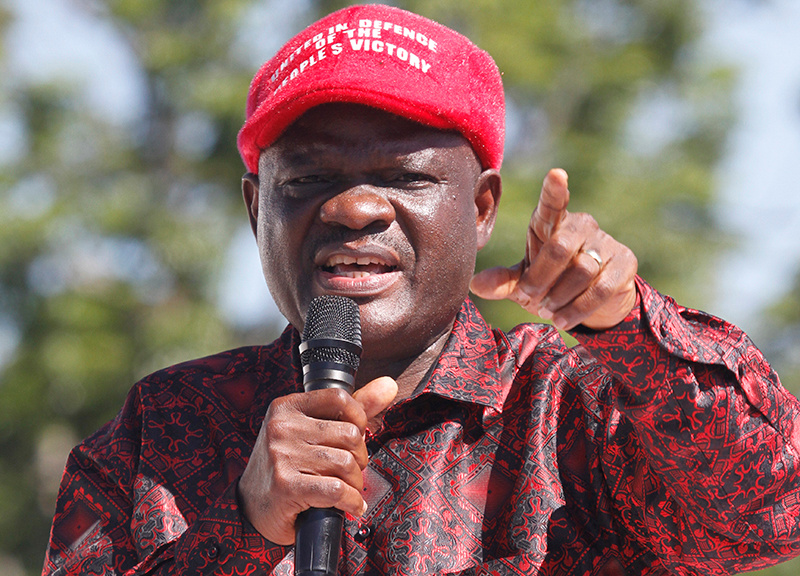 BY JULIA NDLELA
THE MDC Alliance chairperson, Morgen Komichi has rebuked some members for causing chaos in the opposition party in remarks seen as aimed at its leader, Douglas Mwonzora.

After the party failed to win a single National Assembly or local government seat in the March 26 by-elections, some party members are unhappy with Mwonzora’s continued leadership and want him out.

Mwonzora has reportedly suspended losing parliamentary candidate for Epworth constituency in the recent by-elections, Zivai Mhetu, accusing him of bringing the name of the party into disrepute.

On Friday, Mwonzora is alleged to have called in anti-riot police and bouncers to block Mhetu from entering the party’s Morgan Richard Tsvangirai House headquarters.

Another MDC-T activist, Kudzanai Mashumba, was allegedly beaten up in Harare after he tried to expose Mwonzora’s alleged misuse of funds and abuse of office.

Komichi said emotions were high among members after the party’s dismal electoral performance.

“The results of the just ended by-elections being topical within and without the party and being aware of the sentiments expressed all around, and being mindful of the need to keep the party intact and focused l would like to call on all MDC members to forthwith cease all destructive and vindictive behavior towards one another and to follow the dictates of the party constitution,” Komichi said in a statement last night.

“There is reported harassment of some members of the party. Arbitrary decisions should not be left to party members to carry out willy-nilly but if there is need to adhere to disciplinary measures all members are enjoined to follow the due process of disciplinary proceedings.”