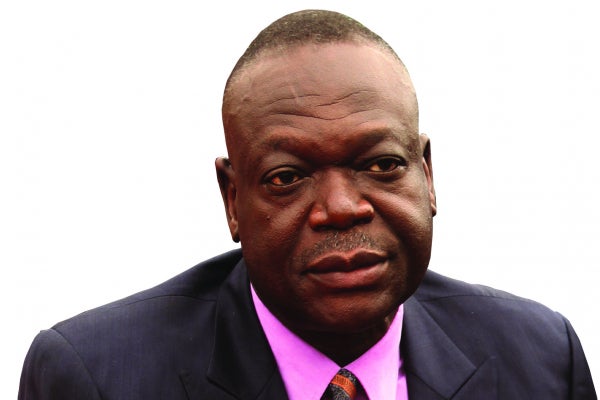 CHAOS reigned supreme in Parliament yesterday after Agriculture, Lands and Rural Resettlement minister Perrance Shiri described MDC MPs as “baboons and monkeys” for seeking answers on the missing $3 billion agricultural funds, forcing the sitting of the National Assembly to be adjourned prematurely.

Initially, Shiri was responding to a question from Bindura North MP Kenneth Musanhi on the missing $3 billion distributed by Treasury to Command Agriculture, but his response attracted interest from opposition MPs, who wanted to understand where the money went.

“There is no missing $3 billion. It is unfortunate that when my officials from my ministry appeared before the committee (Public Accounts Committee), they could not explain how the money was used and give documents to back up the breakdown,” he said.

“Mr Speaker, the issue is that at the time the officials were in Parliament, the documents were with procurement, but now we have them. The money was used for paying farmers through the GMB [Grain Marketing Board]. It was used for the presidential input scheme, and it adds up to $3 billion.

“It was used for the financing of wheat farming, and it was used in a transparent manner. There is no missing money.”

His response attracted a question from Harare West MP Joanna Mamombe (MDC Alliance), who asked why the country was facing serious bread shortages when the authorities had used such huge amounts of money for wheat production.

Shiri responded, saying the money was used for various projects, including the purchase of grain by the GMB.

Opposition MPs then pressed Shiri to explain in detail, to which he said: “I can’t be talking to monkeys and baboons,” a statement which triggered chaos.

MDC Alliance legislators demanded that the minister withdraw his statement.

“The minister has to withdraw that statement. I had asked him a clear question and he can’t say that,” Mamombe charged.

Shiri remained relaxed on his seat as the MPs tried to outdo each other, making noise, with Zanu PF legislators defending the minister, while the opposition were pushing for a retraction.

The chaos went on for more than 10 minutes as Mutseyami and David Musabayana, on behalf of Zanu PF, tried to engage acting Speaker William Mutomba.

The chaos could not be controlled after 10 minutes and the acting Speaker had to walk out of the House, leaving the MPs to outdo each other.

The Public Accounts Committee (PAC), chaired by Tendai Biti, has been probing how Command Agriculture funds were used, amid allegations that they were abused.

About $3 billion reportedly disappeared through the system after it was allocated to the Command Agriculture programme between December 2017 and 2018. The matter came to light when PAC was receiving oral evidence from the Lands, Agriculture, Water, Climate and Rural Resettlement ministry officials on the ministry’s accounts audited in the Auditor-General Mildred Chiri’s 2017 and 2018 reports.

The report revealed that Treasury released $3 billion to the Agriculture and Lands ministry to finance Command Agriculture, but there were no supporting documents and that Parliament did not approve of the payment.

Lands ministry officials said they were not in control of the funds as the Command Agriculture were run by the Office of the President and Cabinet.