MDC on court verdict: It is the people who are sovereign

Source: MDC on court verdict: It is the people who are sovereign – The Zimbabwean

Zimbabweans have just received with a heavy heart the Constitutional court verdict that Emmerson Mnangagwa was legitimately elected president of Zimbabwe in the just-ended harmonized plebiscite. 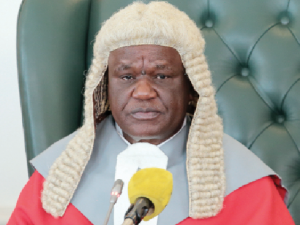 For the record, President Nelson Chamisa and his legal team mounted a formidable case on behalf of the people of Zimbabwe; a case of chicanery and electoral pilferage that was vindicated by the Zimbabwe Electoral Commission’s embarrassing revision of its own declared results for a record three times.

As a party and as an Alliance, we believe in the rule of law and we respect the verdict of the courts; more so the verdict of the people Zimbabwe who overwhelmingly voted for President Nelson Chamisa; for transformation; for opportunities and for prosperity in their beloved country.

Our unstinting belief in the rule of law means we shall not only respect the verdict of the Bench but we shall also doggedly pursue all constitutionally permissible avenues to ensure that the sovereign will of the people is protected and guaranteed.

After all, it is ultimately the people who are sovereign. As Chief Justice Malaba noted in the court’s judgement today, it is not up to the courts to decide elections but it is up to the people.

We call for peace in our land but above all we call for the veneration and protection of the people’s sovereign expression which was unequivocal in the just-ended harmonized election. The sombre mood in the country in the wake of today’s court verdict is in itself a telling statement.

Ultimately, the people shall govern!