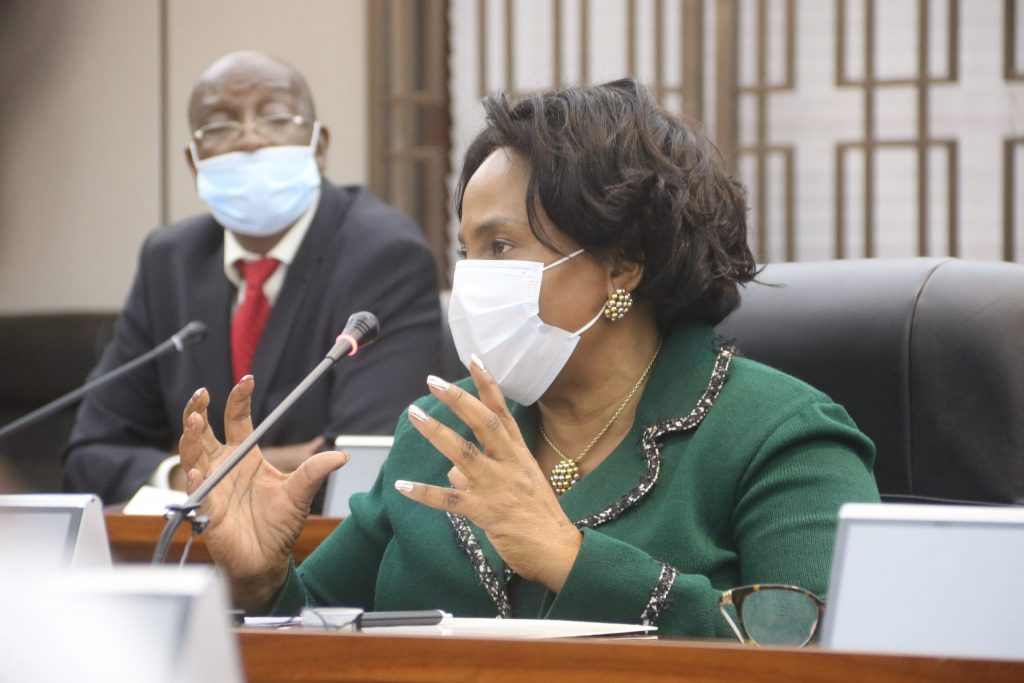 LOCAL media should put national interests first in their reporting to contribute towards the success of the National Development Strategy 1 (NDS1), Information minister Monica Mutsvangwa has said.

This comes as Finance minister Mthuli Ncube recently introduced the economic blueprint, which kicks in next month to succeed the Transitional Stabilisation Programme (TSP).

NDS1, which will run for the next five years, is anchored on agriculture, mining, manufacturing and tourism.

According to the blueprint, the accelerated growth would see the creation of 76 000 jobs in the formal sector and a further reduction of inflation, which is currently at more than 400 percent — to between three and seven percent by end of 2025.

When Ncube unveiled TSP in October 2018, the Treasury boss was severely criticised at the time for the blueprint, which saw him, among other things introducing a two percent transaction tax on all electronic transactions.

However, despite its critics, TSP saw prices of basic goods and services stabilise in shops after a bout of increases fuelled by the collapse of the local currency against the US dollar.

Recent measures introduced by authorities including the banning of all bulk agent mobile money lines and an official foreign currency auction, have seen the local currency firm up against the greenback.

Speaking during a training workshop on TSP successes and NDS1 which is being organised by the government in conjunction with UNDP here, Mutsvangwa emphasised the importance of the media in disseminating government developmental policies in a positive manner.

“Colleagues in government and the media industry, it is my conviction that if the nation is to meaningfully and viably realise its developmental aspirations as enunciated in the NDS1, citizens, families, the corporate sector, local authorities, government departments, other countries that we do business with as well as investors from within and abroad need to understand the course we have charted out in the NDS1.

“People need information to understand what NDS1 is all about so they participate enthusiastically.

“The media has been called the Fourth Estate, this more from the important role it has assumed in statecraft and nation building.

“We are obliged as a government working with the media to ensure that the nation moves in unison as one entity, such that at the end of the day everyone plays their role in ensuring that this national goal is realised.”

Mutsvangwa applauded the measures being implemented by the government, particularly the introduction of the foreign currency auction system in June, which has reined in the hitherto rampant forex black market.

“The president and his economic team instituted painful measures to revive a comatose and decaying economy. Concurrently he pursued a vigorous ‘Zimbabwe is Open for Business’ policy that set out to nurture and promote local and global capital as the driver of economic development.

“The results have been as spectacular as they have been game-changing. The belt-tightening austerity of the TSP was in June 2020 capped by a raft of statutory instruments meant to address the festering rot in the monetary domain.

“The forfeited RBZ assumed its constitutional role as the sole monetary authority of the land. Two egregious private entities that had engaged in the wholesale printing of money were tamed or shuttered.

“The arbitrary and corrupting allocation of foreign currency was replaced with the Dutch Auction on the foreign exchange market. The forces of supply and demand now determine the global price of the Zimbabwe dollar.

“It is now Week 20 of the Dutch Auction. The Zimdollar has remained firm at $82 to the American greenback. At national level, there is now price parity. The ghost of hyperinflation has been exorcised,” she said.

Newer Post
CiZC to launch publications on Covid-19 and democracy in SADC, new look website
Older Post
‘We could have lost her’: Zimbabwe’s children go hungry as crisis deepens