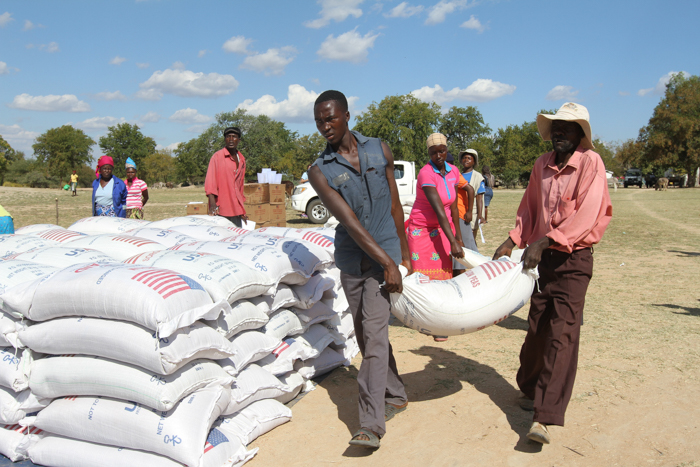 ABOUT 400 000 Zimbabweans received food assistance from the United Nations humanitarian department between January and March this year as the country’s socio-economic crisis impacts people’s livelihoods.

The UN Office for the Co-ordination of Humanitarian Affairs in its latest situation update report titled Zimbabwe: Humanitarian Response Dashboard (January-March 2021), said despite a good harvest, millions still faced severe food insecurity during the peak of the lean period, the January to March season.

“Out of 4,5 million people targeted by humanitarian partners in the (humanitarian response plan [HRP]), 648 000 people were reached from January to March 2021, including 634 000 who were assisted to access health services, 335 000 who received food assistance, about 219 000 children who were supported to access education, more than 100 000 children and women who received micronutrient supplements and over 10 000 children who were reached with psychosocial support services,” the report released on Friday read in part.

“Humanitarian partners also worked intensively to prevent sexual exploitation and abuse (PSEA) in Zimbabwe, finalising reporting procedures and carrying-out key training. The HRP was severely underfunded, with less than 2% of the requirements received by the end of March, according to the Financial Tracking Service (FTS).”

In August last year, the UN and humanitarian partners appealed for US$84,9 million to respond to both the immediate public health crisis and the secondary impacts of the COVID-19 pandemic on vulnerable people in Zimbabwe.

The ZimVAC livelihood assessments are seen as an important tool for informing and guiding policies that respond to the prevailing food and nutrition situation in the country.

ZimVac is chaired by the Food and Nutrition Council, a department in the Office of the President and Cabinet, whose mandate is to promote a multi-sectoral response to food and nutrition problems such as hunger and malnutrition.

According to humanitarian aid agencies, millions of Zimbabweans are food insecure owing to climate change-induced droughts.