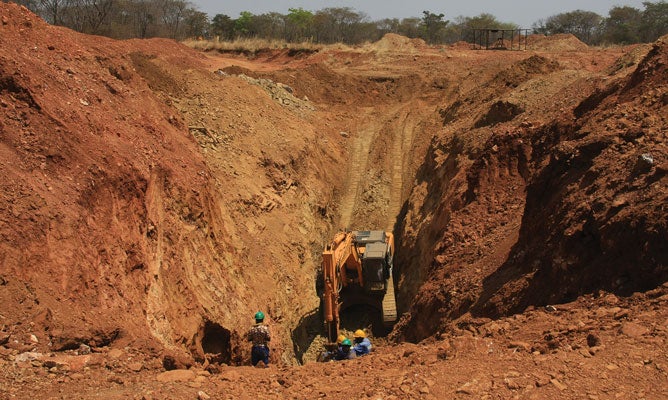 Zimbabwe’s mining industry expects to generate US$3 billion in revenue this year, which is short of government’s US$4 billion target, an industry official has said.

In 2018, the sector earned US$3,4 billion, driven by the high performance of the gold sector, which delivered a record 33,2 tonnes, but this year mineral output has been subdued.

“The sector is growing. It’s not what we want, but I think there are positives that we can take from the mining sector. Never mind the outliers into the period between 2009 to 2011 because we were coming from a low base but what we have seen from 2016 is real output growth,” Chamber of Mines of Zimbabwe economist Pardon Chitsuro told a business meeting in Bulawayo recently.

“Our earnings are quite positive and we are expecting that maybe, by end of this year we would be slightly above US$3 billion,” he said.

In terms of contribution to the gross domestic product (GDP), Chitsuro said the sector contributes between 12% and 15%.

“We also contribute around 60% of the country’s forex exchange earnings. In terms of FDI (foreign direct investment) inflows, (we contribute) in excess of 50% inflows into the country,” he said.

In terms of employment, he said about 45 000 people were employed in the large-scale formal sector, with an excess of 500 000 involved in artisanal and small-scale activities.

He added that payments to government were taking up about 16% out of revenue. Other operational expenses take 4%.

“We estimate that every dollar that we generate, in excess of $3, is also generated in other sectors of the economy,” he said.