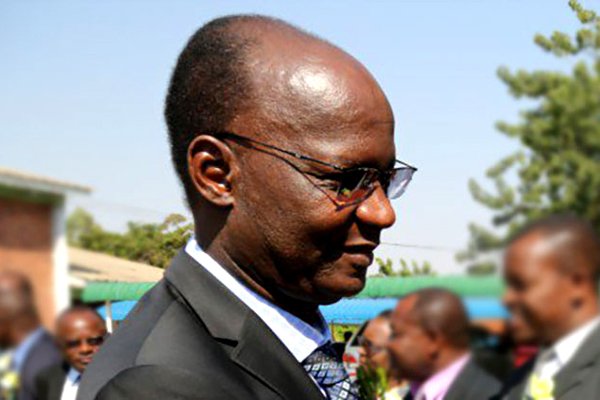 The detailed monograph, exclusively obtained by the Zimbabwe Independent, will be released soon as a book to be published by Sapes.

The use by the Zimbabwe Electoral Commission (Zec) of Excel — a spreadsheet programme included in the Microsoft Office suite of applications — instead of a Server, a computer that provides information to associated network of processors, to capture election data, is at the centre of the story which Moyo describes as Excelgate.

Chamisa tried to gain access to the server through a belated subpoena to Zec, but the Constitutional Court (ConCourt) blocked him.

The book explains problems associated with Excel, efficient at protecting formulas and text from accidental corruption, but weak on security-related issues to keep sensitive information and data encrypted.

It says the manipulation was done through V.23Bs — not V.11 forms — as the presidential constituency returns that are referred to in Section 110(3)(d) of the Electoral Act.

Mandaza, Sapes director, confirmed that he would be publishing Moyo’s work soon.

“It’s a comprehensive and important book; a case study, which will add new light and insight mainly into how the electoral processes around the 2018 presidential election were run and the election itself conducted,” Mandaza said.

“The detailed study, a first of its kind locally, is thoughtful, reflective and insightful; it shows the processes were deeply flawed and the result ultimately manipulated or simply rigged.”

This comes ahead of the first anniversary of the ConCourt ruling on the matter in favour of Mnangagwa tomorrow. Chamisa had challenged Mnangagwa’s victory in the ConCourt complaining of fraud, manipulation and rigging.

However, a year later, Chief Justice Luke Malaba has not yet released the ruling. Malaba has previously demanded competent and efficient delivery of judgments to expedite the dispensing of justice.

Legal scholars, students of law and analysts have been anxiously waiting to scrutinise and analyse the judgment.

Judicial decisions are not just important in relation to cases they deal with, but perform numerous functions, including the setting of precedents and shaping or influencing jurisprudence.

The book says at the ConCourt, there was reference to V.23s without acknowledging that there are various V.23s and without distinguishing between them in order to establish the particularity of the V.23Bs.

The study finds that Zec systematically gave and maintained “the false and fraudulent impression” that V.23s are one document or one election return, yet the truth is that there are four very different V.23s. This misrepresentation and deception of V.23s, it says, was not an innocent mistake, sloppiness or a referencing convenience.

The book says it was in fact premeditated deception to camouflage the fraud that Zec had perpetrated by contaminating V.11s, polling station returns; and V.23A forms, the ward returns.

Zec’s misrepresentation of V.23s, to hide the particularity of V.23Bs with respect to Section 110(3)(d) of the Electoral Act, and its deceitful narrative about and around V.23s, was greatly assisted by the ConCourt, the study says.

Due to the manipulation and fraud, the book says, Mnangagwa, who initially came to power through a military coup which toppled former president Robert Mugabe in November 2017 before controversially defeating his main rival opposition MDC leader Nelson Chamisa by a wafer-thin margin, stole the election.

It says he was aided and abated by government institutions, particularly the military, Zec, Zanu PF, biased state media and other state institutions to scrape through amid rigging charges and protests.

The Masvingo High Court recently ruled that the state media was biased in favour of Mnangagwa and Zanu PF during the elections.

In his ruling on June 19, 2019, in a case brought before the court by Veritas, a lawyers’ platform which deals with the parliamentary legislative agenda and laws, Justice Joseph Mafusire said there was “evident bias of the public media in this country in favour of the Zanu PF party, its leadership, members and supporters”.

He added: “They enjoy a disproportionate amount of coverage in both the electronic and print media.”

Moyo says Mnangagwa, who initially took over after toppling his predecessor Mugabe, won due to “massive rigging” of the election held concurrently with legislative and municipal polls on July 30 last year.

A summary of the study says there were egregious breaches of the electoral processes and misrepresentations of critical information and data to make Mnangagwa win.

Moyo’s work argues Chamisa lost the petition — that is over and above the use of Excel instead of the server — partly because his defence counsel, led by top lawyer Thabani Mpofu, and the ConCourt got bogged down on V.11 forms at the expense of the relevant V.23Bs as the presidential constituency returns in terms of Section 110 (3)(d) of the Electoral Act. It says that was Zec and its lawyers’ diversion strategy to win the case at all costs.

“In essence, the determination and verification of the result was so fundamentally flawed and fraudulently conducted with respect to Section 110(3)(d) of the Electoral Act and the breach so materially compromised and affected the result of the election that it rendered it a product of electoral fraud and a usurpation of the will of the people of Zimbabwe expressed at the polls on 30 July 2018,” the book says.

The study also explains how the state machinery operated to manipulate the vote, mostly in rural areas where Mnangagwa received the majority of votes.

Drawing parallels with the bloody presidential election run-off on June 17, 2008, in which Mugabe unleashed a brutal military campaign for political survival after losing the first round of polling to the late Morgan Tsvangirai, founding MDC leader, the book says Zanu PF had free reign to rig the elections in 518 rural constituencies where the MDC did not have polling agents.

A series of co-ordinated activities were then taken to rescue the situation: manipulation of the vote, crush the protests and preparing for a bruising court challenge, it says.

“In the rural areas, the surrounding circumstances of the run-up to the 2018 general elections were not different from those that characterised the 2008 run-off election,” the book says.

“The November 2017 coup, and especially the fact that the military had toppled Mugabe and his government, put the fear of God among traditional leaders and their communities across rural Zimbabwe. The fact that the army had deployed 2 000 soldiers and embedded them in all rural areas in the country ahead of the military coup, virtually put these communities under siege in the run-up to the 30 July 2018 (polls), especially because the number of the (soldiers) embedded bloated to 5 000.

“The situation that prevailed in the rural areas ahead of the 2018 general elections was particularly conducive for rigging in unprecedented ways. The embedded soldiers were not only out there in the open as Zanu PF political commissars mobilising votes; but some were also visible on election day at polling stations in the rural areas as polling officers. What made this situation worse is that the MDC-Alliance did not have polling agents in 518 polling stations in rural areas considered to be Zanu PF strongholds.

“These 518 polling stations were used to contaminate and manipulate V.11s as part of the rigging that took place between 31 July 2018 and 2 August 2018. The case of the Zec officers who were found by European Union observers completing V.11s, all by themselves, two days after the election, was rampant in the 518 polling stations at which the MDC-Alliance failed to field election agents.

“The completion of fresh V.11s, which occurred after the authorities realised that Chamisa had won the presidential election by 66% of the vote, with Mnangagwa getting 33%, based on the results that Zec had received through its server in the morning of 31 July 2018 after which it commenced a bogus verification exercise at its National Command Centre with ‘a group of people, in excess of 20, punching in what was identified as V.11 data into an Excel spreadsheet’ for a period of two days.

“Against the backdrop of the evidence that has been presented in this monograph, this culminated in the massive rigging of the result of the 2018 presidential election.” Zimbabwe Independent