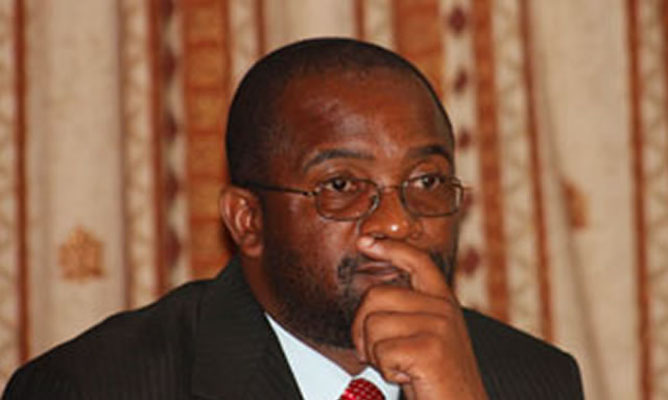 MDC ALLIANCE Chitungwiza North legislator Godfrey Sithole has dragged MDC-T leader Douglas Mwonzora together with 67 other senators to the Constitutional Court seeking the rescission of the Constitution Amendment (No 1) Act whose passage they voted for in Senate.

Constitution of Zimbabwe (No 1) Act amended the Constitution to allow the President to appoint judges without public input.

Sithole is arguing that the senators failed to exercise their legislative role as provided for in the Constitution by passing a law that lapsed in July 2018, according to the papers he filed on Wednesday through his lawyers Mutuso, Taruvinga and Mhiribidi Attorneys.

The MP further argued that the Constitution of Zimbabwe No 1 Bill ceased to exist as part of the agenda of the Eighth Parliament on July 29, 2018 after a dispute over the piece of legislation in the Senate spilled to the Constitutional Court (ConCourt).

The ConCourt in March 2020 ordered a fresh voting process for the proposed constitutional amendments which required two-thirds of Senate votes for it to be signed into law, but the voting process was contested by MDC Alliance legislators Jessie Majome and Innocent Gonese.

The ConCourt ruling, under case CCZ4/20, upheld the legislators’ argument that the Senate failed to achieve the two-thirds majority votes required to pass the Bill into law.

Sithole is now seeking the suspension of the judgment which ordered the Senate to conduct a fresh vote in respect of the Bill in accordance with the procedure for amending the Constitution within 180 days of the granting of the order as it was in violation of section 147 of the Constitution.

He argues that Senate resuscitated a Bill that had lapsed in July 2018.

“This honourable court mero motu (of one’s own volition) proceeded to make an order that was not sought before it and directed the Senate to conduct a vote in respect of Constitution of Zimbabwe Amendment No 1 Bill,” he stated.

“I contend that when the passage of the Bill in the Senate was set aside in CCZ4/20. It in effect set aside Constitution of Zimbabwe Amendment Number 1 Act which reverted to being a Bill that was pending before the Eighth Parliament that was dissolved by operation of law at midnight on July 29, 2018.”

Sithole also argued that senators, who were not members of the Eighth Parliament, voted for the purported reading for a Bill for which they did not participate at the Reading or Committee Stage or public hearings.

“What did they vote for? Conversely, it is also notable that others among these respondents such as the 49th respondent (Elias Mudzuri), voted against the Bill in the Eight Parliament and voted for the same unchanged Bill in the Ninth Parliament,” he said, adding that they knew that they voted for a Bill that had lapsed.