ZANU PF bigwigs who include Cabinet ministers and MPs have engaged in fierce fights for top positions in the forthcoming district co-ordinating committee (DCC) elections as they seek to consolidate their influence in the ruling party. 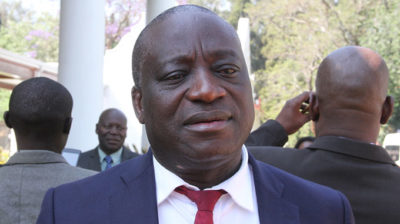 In Chikomba district, Health and Child Care deputy minister John Mangwiro is vying for the post of secretary for health, where he is pitted against Chamunorwa Tseriwa and Pardon Mudzimu.

In Mutoko district, Mutoko East MP Richard Musiyiwa is gunning for the district chairmanship, where he will likely face stiff competition from former DCC vice-chairperson and businessman Zano Kahuni.

Musiyiwa’s ally, Rambidzai Nyabote, who is a legislator for Mutoko North constituency, is also contesting for the secretary for transport post, where he will clash with farmer Patrick Charles Masenyama.

Speaking during the announcement of successful DCC candidates at a Mashonaland East provincial co-ordinating committee meeting in Marondera recently, politburo member Lovemore Matuke said: “We are aware of some provincial members who are moving around with some DCC candidates mobilising on their behalf. This is wrong. Those who are already in positions should not influence what is going on in the DCCs as far as campaigning is concerned.”

The ruling Zanu PF party has barred members of its secretariat and civil servants from contesting in the DCC elections, which are viewed as key, but divisive.