Mugabe in major climbdown over Mnangagwa 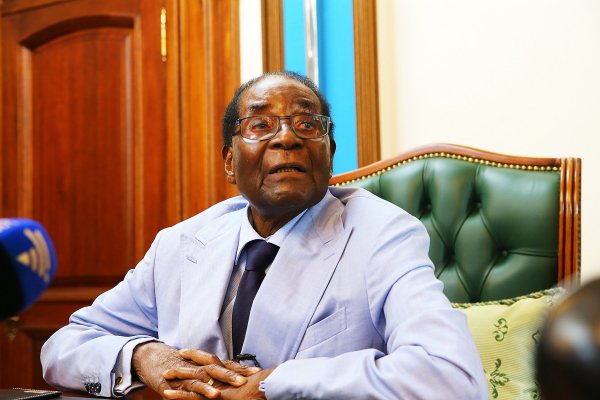 Mugabe, who on the eve of the election dumped Mnangagwa and endorsed opposition MDC Alliance leader Nelson Chamisa’s candidature, said he did so because the Zanu PF leader still had outstanding legitimacy issues following his coup last November.

Speaking at the funeral wake of his mother-in-law, Idah Marufu at his Borrowdale mansion last night, Mugabe said the just-ended polls had now corrected the legal issues surrounding Mnangagwa’s leadership.

“Everything is now in order. It can no longer be disputed,” Mugabe said.

“He (Mnangagwa) has now been elected by the people. The wrong that happened last November has been erased by his victory in the July 30 elections. We now have a government born out of the Constitution. I now accept his leadership and he now deserves the support of every Zimbabwean.”

Mugabe added: “Even opposition parties should now behave responsibly and wait for the five years to challenge him, but as of now, Mnangagwa won the elections.”

He said he could not attend Mnangagwa’s inauguration ceremony last month because he was not feeling well. Mugabe said he decided to send his daughter Bona and her husband, Simba Chikore to represent him.

“I decided to tell you where we used to stand and where we now stand. Before the elections, I did not support him because he came through illegal means which violated out liberation values that politics lead the gun,” Mugabe said.

He said he had planned to resign at the party’s December congress and endorse former Defence minister Sydney Sekeramayi as his successor because the latter joined the party first, but the “cunning” Mnangagwa used the military to take over power.

The veteran politician chronicled how Mnangagwa and Sekeramayi joined the party.

Addressing the same gathering, Grace said the Mugabe family was always in close contact with Mnangagwa since last year, contrary to media reports that they had been put under house arrest.

She said Mugabe communicated well with Mnangagwa who was very supportive of his predecessor.

“He has been helping look after us. He is footing all our bills and he has been very helpful at my mother’s funeral,” Grace said. “If the death of my mother was making it possible to go back to our old relationship with Mnangagwa, and then let it be.”

Grace said she was in Singapore where she underwent surgery and when he mother passed on, Mnangagwa chartered a plane to bring her home. She said Mnangagwa consoled the family during its time of grief, and assured her that Vice-President Constantino Chiwenga would look after the family’s needs while he was away in China.

“He loves us because he knows we love him. We pray for him because it was God’s will to make him President,” Grace said. She revealed that Mugabe was not feeling well.

“Pray for him, he is not feeling well. But we are comforted because he is well looked after. Mnangagwa has promised to give all we want. They lie that we are under house arrest, it is not true.”