A Zimbabwean magistrate ruled that Robert Mugabe’s remains should be exhumed and reburied at the national heroes’ shrine in the capital city, rekindling a row over the late former leader’s resting place. 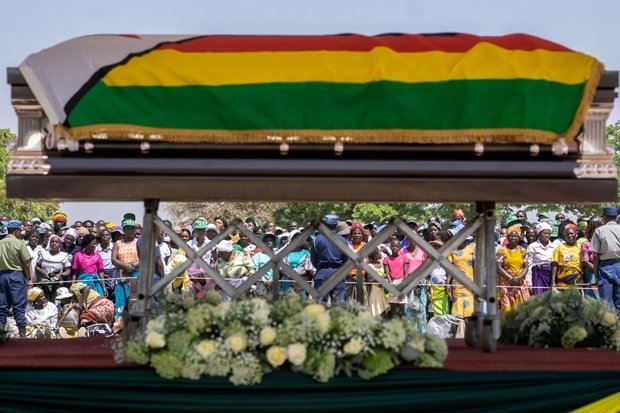 A Zimbabwean magistrate on Friday ruled that Robert Mugabe’s remains should be exhumed and reburied at the national heroes’ shrine in the capital city, rekindling a row over the late former leader’s resting place.

In May, a traditional chief from Mugabe’s rural Zvimba area ordered that his remains be interred at the shrine in Harare, where the ruling elite and former fighters in Zimbabwe’s 1970s independence war are buried.

Mugabe’s three children had appealed the decision at the magistrate court in Chinhoyi town, 115km west of Harare.

Their lawyer Fungai Chimwamurombe said magistrate Ruth Moyo dismissed the case, ruling that Mugabe’s children were not party to the proceedings by the Zvimba chief and so had no right to launch an appeal.

It is a decision we do not agree with. I am consulting my clients and they have a right to appeal.

Decisions of the magistrates court can be appealed at the High Court.

Once feted as a promising leader at independence in 1980, Mugabe’s long rule divided Zimbabweans between supporters who hailed him as a champion of black empowerment, and opponents who cast him as an authoritarian who ran down a once successful economy.

Mugabe’s relatives oppose his reburial at National Heroes Acre, saying the man who ruled Zimbabwe for 37 years until he was ousted in an army coup had expressed fears before his death that some of those who overthrew him would seek to conduct a traditional ritual with some of his body parts.

Chimwamurombe said Mugabe’s wife had separately sought a review of the chief’s ruling and the case will be heard in Chinhoyi on 21 September.

Chiefs in Zimbabwe have jurisdiction over their local subjects but it is rare for them to order families to exhume bodies for reburial.