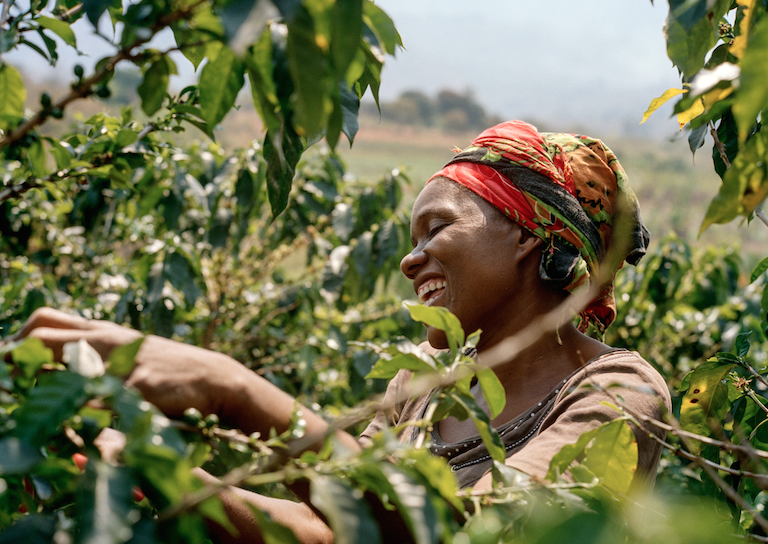 Notes of berries and a tang of acidity define the new Tamuka mu Zimbabwe, the latest addition to the ‘Reviving Origins’ collection of coffee capsules. But it is the work done on the ground and the partnerships with local farmers that make this blend stand out.

According to the US Department of Agriculture, at its coffee-production peak in the late Eighties, Zimbabwe produced some 15,000 tons of coffee. While it was certainly not the largest producer of coffee, even among African countries, that amount made an economic difference to the country’s coffee farming industry.

The combination of political and economic instability, as well as climate factors, brought Zimbabwe’s coffee production almost to a complete halt.

Nespresso, the brand that is known for its wide range of coffee machines and even wider range of single-use coffee capsules, has been quietly working in collaboration with TechnoServe, a non-profit NGO, to revive Zimbabwe’s coffee production. The result? Tamuka mu Zimbabwe, a new addition to their line-up of coffee capsules, described by the brand as “bursting with complex fruitiness and zesty, bright acidity, with notes of cranberry to red berries and currant to grape”.

Tamuka mu Zimbabwe – Tamuka is both a greeting and the word “awake, arisen” and is quite an apt word to signify the resurrection of coffee farming in parts of Zimbabwe – forms part of “Reviving Origins”. The programme, launched in Zimbabwe in 2017, seeks to “breathe life back into regions where coffee communities once thrived until they faced some adversities”. Another blend is part of the collection: Esperanza de Colombia.

TechnoServe’s Coffee Programme Manager, Midway Bhunu, who works on the ground closely with farmers in Zimbabwe, emphasises the difference that this programme, which pays in US dollars, makes to the farmers: “It’s a big story, it’s no joke. The arrangement that we have with Nespresso through the Zimbabwe coffee mill means that the farmers are able to get their targeted prices.”

Does this arrangement mean that the farmers can only sell their production to Nespresso? “The farmers are completely free to sell their coffee to whoever they choose. Right now, Nespresso is offering them fantastic prices, and the relationship between the farmers and Nespresso is fantastic,” says Paul Stewart, Global Coffee Director at TechnoServe. As for what those fantastic prices are, neither Bhunu nor Stewart could confirm. But it’s in US dollars.

Zimbabwe’s ongoing troubles and the negative impact they had on the country’s infrastructure is a well-documented matter. And a project of this scale, which according to Bhunu, has helped the Zimbabwean farmers produce 400-tons of coffee so far, cannot work independently of local governments.

The brand’s investment spans from initial equipment and TechnoServe’s advice and training to the farmers, to committing to buy the farmers’ product, with the hope that in the future, the limited edition of coffee turns into a permanent blend. “It is a long-term relationship that the farmers and Nespresso want to continue for many years; as production increases in future years, we hope to see the production doubling and tripling over the next few years, it’s going to create an opportunity for other companies to come into Zimbabwe and start to purchase the coffee from the farmers.”

It hasn’t always gone smoothly and Bhunu speaks of some challenges they experienced: “Climate change. We know we have very, very long dry spells… And they are becoming even longer. So the farmers are challenged with access to irrigation; they have water, free flowing from the mountains. But now they need, you know, to administer the water and bring it closer to their fields and irrigate.”

Although the programme kicked-started two years ago in Zimbabwe, the idea of reviving coffee farming and production into regions where coffee communities faced adversities, was born in 2011. In South Sudan, Nespresso along with TechnoServe has helped from building basic infrastructure to enhancing proper production processes. “South Sudan is a great example of a country which had basically no infrastructure whatsoever when we started the programme in 2011,” says Stewart. “We really had to help the farmers to build everything from the ground up. So that meant we were helping the farmers to organise themselves into the first-ever coffee co-operatives in South Sudan. We helped them go through the process of getting registered, and we helped them to import the equipment that they would need, to get loans from banks to be able to build small processing factories. It’s very important that we focus on building long-term sustainable relationships between companies and the farmers. So that we’re able to leave businesses that are going to continue for many, many years to come.”

It is this very experience in South Sudan that led the company’s decision to launch the current programme, through which it plans to invest 10-million in Swiss Francs (R144-million) over the next five years to revive coffee industries in selected countries across the world.

For now, Tamuka mu Zimbabwe will be available for a limited period in 18 countries. “As the production grows, and as they’re able to release the coffee in more and more markets, our hope is that Zimbabwe will actually become part of the Nespresso’s permanent range of coffee,” says Stewart.  ML