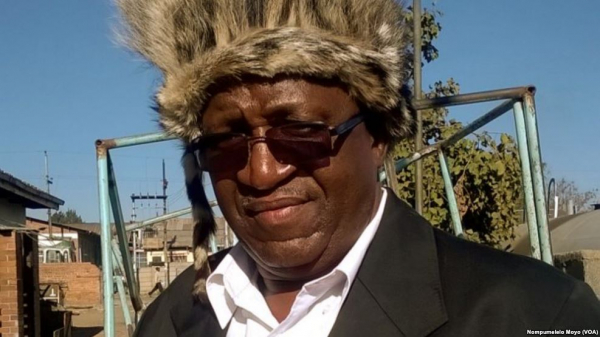 SINCE the opposition Zapu allegedly pulled out of the Unity Accord with Zanu PF in 2008, it has struggled to regain relevance. We say alleged because the other party to the divorce, Zanu PF, has never acknowledged the split and Zimbabwe still celebrates December 22 as National Unity Day commemorating the merger of the two parties.

Most senior figures from the party that was led by the late Vice-President Joshua Nkomo are embedded in the ruling Zanu PF party. As a result, to equate the current iteration to Nkomo’s party is quite a stretch.

At best, it’s a party that assumed the name, without the Patriotic Front moniker, and was led by a former PF Zapu stalwart, the late Dumiso Dabengwa.

Today, the party is holding its first elective congress after the death of Dabengwa in May 2019, its first leader after the so-called pull out and it is appropriate that we address where it stands in Zimbabwe’s body politic.

Let us be clear about one thing: This is not the party of Joshua Nkomo, even accounting for the fact that his son, Sibangilizwe, is trading on the family name to claim leadership of the organisation.

In 2008, Dabengwa was way past his sell-by date as a politician and that explains why, since the so-called pull-out from the Unity Accord, the party has failed to garner a single seat, even proportional representation in Parliament or local government elections.

As the party goes for congress, which started yesterday and runs until tomorrow, questions that need answers include: What is this party about, and what does it seek to achieve? How different is it from the many parties that litter Zimbabwe’s political landscape? What will it add to the political debate? Will Sibangilizwe’s presence, if he wins, give it political stamina?

Sibangilizwe will fight for the party’s leadership against the current secretary-general Strike Mkandla, treasurer Mark Mbayiwa, former Matabeleland South chairperson Matthew Sibanda, Bernard Magugu and the sole woman candidate, Sithembiso Mpofu, who is based in the United Kingdom.

So far, the noise around the party has been on whether Sibangilizwe would be able to compete in the first place. Little has been heard of what each candidate brings to the table.

The current leadership has not been visible to Zimbabweans, which speaks to the pitiful numbers that have been voting in its nomination processes.

Whoever comes out victorious must be able to make the party relatable to Zimbabweans and to articulate a vision they can sell to them.