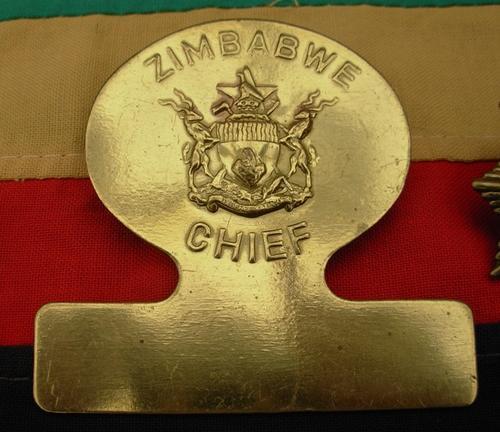 THE Chirumanzu chieftainship wrangle has taken a new turn amid reports that Acting Chief Fidelis Mudzengi “fraudulently created” and registered a trust to consolidate his stay in office.

Mudzengi is allegedly refusing to hand over the throne to heir apparent Julius Chimbi Chigegwe.

“As the representatives of the people of Chirumanzu, our elders in the clan made out of the 12 houses of Nherera and Simba, the heirs to the Chirumanzu chieftainship and traditional leaders of our people (headman and village heads) in all the wards would like to petition for help of the Midlands provincial chiefs council to only engage with the clan in all matters pertaining to selection and confirmation of nominee of substantive Chief Chirumanzu,” the letter read in part.

“The Chirumanzu clan has been made aware that there is a trust by the name Chirumanzu Chieftainship Development Trust, which claims to take over the role of the clan in all deliberations of chieftainship issues.

“The clan would like to vehemently reject this trust and all its claims as it was not established by the clan but is a fraudulent activity by individuals trying to unlawfully take away the clan’s traditional right to choose their next Chief as the Traditional Leadership Act provides.”

According to the elders, the founders of the trust do not represent the Chirumanzu chieftainship clan.

They accused the acting chief of attempting to use the trust to circumvent the appointment of Chigegwe.

The Chirumanzu elders have also  filed an urgent High Court chamber application challenging the legality of the trust.

“The fraudulent misrepresentation made in the trust documents and its foundations are currently being challenged through the courts,” the elders said.

The battle for the Chirumanzu chieftainship started following the death of the late Chief Jerald Mudzengi in February 2019.

Fidelis has been acting since then but has allegedly refused to hand over power to Chigegwe following the expiry of his acting term in February this year.