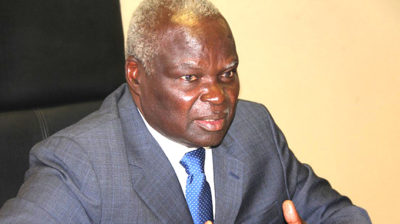 The US$344 million which requires Harare to pay US$22 000 per day was signed between Harare City Council and Geogenix BV, a Netherlands company fronted in Zimbabwe by Dilesh Nguwaya who is said to have close links with the first family.

Debating in Parliament during Wednesday’s question and answer session, Mliswa labelled Moyo a ‘debt collector’, alleging the minister was dodging Parliament to explain the deal, leaving deputy minister, Marian Chombo, to cover up for him. Mliswa said:

Hon. July Moyo is not here to respond but is busy writing letters to the local authorities so that money comes out. His job now is to write letters wanting money. How can a minister be a debt collector? He is not here to answer issues of all the deals that he is doing.

The Government is a lawyer, the Attorney-General and the Minister is a lawyer. Why is it the lawyer is writing a letter? To us, they are bent on reducing and denigrating His Excellency’s name and they must be brought to book once and for all.

I will not waste much of your time but I have gotten the point home, especially Hon. July Moyo. Where is he? He is seen writing letters left, right and centre wanting a 10% commission. He has been paid.

Moyo has been in a war with the opposition Citizens Coalition for Change (CCC) with the party’s councillors rejecting the deal which they say the central government imposed on the local government authority.

They also argue that at a rate of US$22 000 per day and the amount of waste required, the deal was designed to fail which can lead to the termination of the deal prematurely, something that won’t deter Geogenix BV from being paid all its money agreed in the deal.