The Standard: “We’re Extremely Worried About The Chinese Embassy’s Threats” 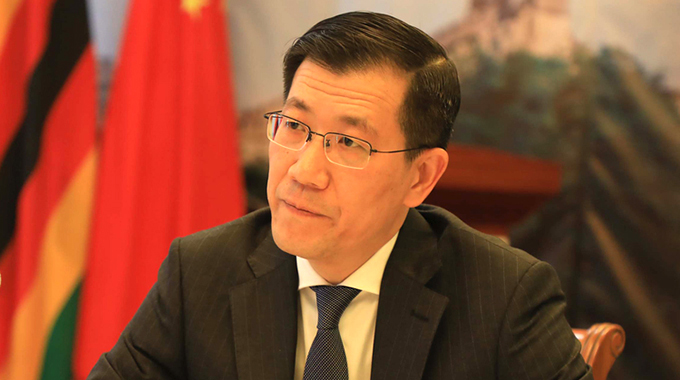 The Standard’s editor Kholwani Nyathi has accused the Chinese embassy in Harare of “intimidation”.

The had threatened to take “strong countermeasures” against The Standard newspaper and the NGO, Information for Development Trust (IDT), over what it calls fabricated “anti-China news.”

The embassy is furious over a series of stories carried by the independent weekly, “exposing” corruption, worker abuse and harmful environmental practices by Chinese companies in Zimbabwe.

We’re extremely worried about the embassy’s threats to take strong action against us for simply doing our work. All the Chinese companies that we have written about have been given an opportunity to respond to allegations made against them and most of them ignore our questions, only to respond through the embassy or its proxies,”

Our stories are always evidence-based and we challenge those companies that feel that we published any falsehoods about them to come forward by engaging us directly or using available press complaints mechanisms such as the one offered by the Voluntary Media Council of Zimbabwe.

Coercion, intimidation and threats against journalists will not address the issues that are being raised against them.

In a statement dated July 11, the embassy accused The Standard and IDT of “public opinion bullying and scoundrelism.” Added the embassy:

The embassy will never shelter any Chinese companies that break the laws of Zimbabwe. However, the embassy will never endure political manipulation and unwarranted smearing which incites anti-China sentiment, and will take strong counter-measures in response to safeguard China’s image, the legitimate rights and interests of Chinese companies and the friendly relations between China and Zimbabwe.

The embassy also accused the newspaper and IDT of receiving money from the United States embassy in order to fuel anti-China sentiment.

The embassy added that some “ill-motivated” exaggerate the wrongdoings of a few Chinese companies and blow out of proportion the problems to indict the entire Chinese community in Zimbabwe.