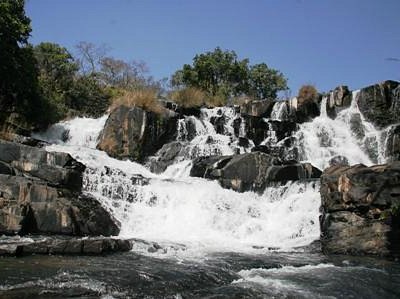 THE outbreak of the Omicron COVID-19 variant, which could potentially kick-start the fourth wave, has spelt doom for businesses, especially in the tourism sector.

The sector had started seeing light at the end of the tunnel as the vaccination initiatives spread and economies opened up.

Restrictions on travel across borders and within countries were employed for some time since March 2020 when the COVID-19 global pandemic spread like veldfire.

Be it religious or sport, tourism relies on the physical movement of people across the country or borders. One needs to actually travel to Nyanga in Zimbabwe, for instance, to check into a hotel.

Authorities, who at the time were working hard to understand the new outbreak, were sure that restricting movement, social distancing and sanitising of hands and surfaces were good measures.

They eventually spread the gospel of vaccination, raising hopes the economy would open up once people were vaccinated, but lockdowns and travel restrictions remain in force.

For almost two years now, restrictions on travel have remained, albeit at various levels and flexibility depending on the extent of the COVID-19 threat.

At its worst, in the case of Zimbabwe, all flights into and out of the country were suspended except for cargo and a few special cases of returning residents, diplomats and medical experts with foreigners who travelled for special business having to secure clearance from various government departments including the Health ministry and that of Industry, for example.

The restrictions were eased with travellers allowed to come on condition they quarantine at their own expense for a period of about 21 days.

This became a major stumbling block to tourism which had been fighting negative publicity that affected the destination brand image, a currency crisis that made pricing difficult and products expensive, perceived security risks for travellers prior to the outbreak of the COVID-19 pandemic.

The coronavirus pandemic has claimed notable victims in the form of Arden Capital, the Johannesburg Stock Exchange (JSE)-listed private equity group that holds a controlling 57% of hotel group, African Sun, which last month said it was entering voluntary liquidation.

Arden, which controls African Sun’s 11 hotels including Crown Plaza Monomotapa, Kingdom, Elephant Hills, and 50% of the Victoria Falls Hotel, said it could no longer remain in business.

“As a result of the ongoing erosion of value for shareholders, now coupled with the losses experienced by the group as a result of the COVID-19 pandemic thereby placing the company in considerable financial constraints, the board is proposing that shareholders consider and approve a voluntary liquidation of the company. This is after exhausting all other avenues of seeking further investment from shareholders,” Arden said in a notice to the JSE.

Its liquidation, however, does not mean that African Sun is also facing liquidation but highlights the grim future for Zimbabwe’s pandemic-hit hospitality industry.

Zimbabwe’s tourism sector was still recovering from the effects of two decades of economic stagnation and hyperinflation between 2000 and 2009 when the industry was unable to retool or upgrade its products.

Funding became expensive for Zimbabwean business due to a risk premium.

But the pandemic has proved to be, indeed, phenomenal and a crisis in its truest sense, making the period between 2020 and 2021 the worst for Zimbabwe’s tourism sector in 40 years.

This essentially means the impact of the pandemic was immense.

It was worse than during the land reform of around 2000 when there was no rule of law and white farmers were brutalised by invaders, with some even losing their lives.

Later, successive contested elections where opposition members were tortured, brutalised and murdered also had a negative impact on the industry.

Despite these challenges, tourism is, according to government projections in the 2022 national budget, expected to recover by 6,7% in 2021 with room occupancy  rates  anticipated to reach 22% while bed occupancy is expected to  increase by 16% by the end of 2021.

These indicators had suffered immensely when conferencing was cancelled early 2020 and again early 2021.

The growth is mainly driven by domestic tourism following the relaxation of  COVID-19  travel  restrictions, increased vaccination rates and promotional activities such as destination marketing (ZimBho).

Government, despite indications of the fourth wave threat, has remained somewhat optimistic and expect tourism to register higher recovery levels with growth projected at 18,8% in 2022, mainly driven by  resumption of domestic and international travel,  emoval of the country from the red list, resumption of flights  into Harare by major airlines and government incentives that facilitate investment.

So positive is the government in its projections that it remains focused on its ambitious plan to revive the tourism industry and achieve a US$5 billion revenue contribution to the economy by 2025.

This will be anchored on the country’s  abundant  natural  resources,  rich  cultural heritage and diverse scenery.

However, developments on the ground are pointing to a terrible start with flights into Harare having been banned by international carriers due to the new Omicron variant which was believed to have dominated southern Africa, especially South Africa and Botswana.

The government also committed to expedite establishment of a tourism revolving fund, allocating  $3,7 billion  to the Environment, Climate, Tourism and Hospitality Industry ministry for a number of recovery initiatives.

The fund is part of the fruits of a 2020 tourism recovery and growth strategy,  which basically sought to revive and grow the industry while overcoming challenges related to destination image, connectivity and quality of products and services.

Last year, in the 2021 national budget, Treasury allocated $1,8 billion in support of the Environment, Tourism and Hospitality Industry ministry.

Apart from that, the government exempted VAT on all tourism services for domestic tourists in a bid to reduce the prices of tourism products and services.

As government anticipates and waits for recovery of the global tourism market as countries cautiously re-open their economies since the onset of the pandemic, Zimbabwe’s thrust is on the domestic market with deliberate efforts made to make products more affordable and exciting for the local market.

However, the domestic market has also been hit by the pandemic. Disposable incomes fell with a number of people losing employment since the pandemic.

International tourism, also not spared by the pandemic in terms of incomes, remains the major market, generating the largest share of tourism receipts due to high average expenditure per stay. In 2019, prior to the pandemic, it is estimated that foreign receipts accounted for about 70% of the overall receipts at US$868 million while domestic tourism receipts were about 30% or US$379 million of the overall receipts.

What this means is that the tourism sector — whether — regional, international or domestic tourism remains in trouble until travel restrictions are eased.