Source: Panic as villagers mistake cheetahs for lions | The Herald

There was panic in the Goda area in Beitbridge’s Ward 5 when some villagers mistook two cheetahs for lions.

Since 7am, most villagers in the area located some 26 km along the Beitbridge- Masvingo highway had stopped all farming activities and locked children in their houses.

The news about lions being spotted in the area spread like veld fire.

Scores of villages gathered in one of the maize fields to have a glimpse of the supposed wild cats.

The nerves where only calmed when Zimbabwe National Parks rangers arrived around 10am.

“We have done our investigations. These are cheetahs which have been killing goats and sheep in most villages in Beitbridge East, “ said the Wildlife officer in charge of Beitbridge Mr Bonizi Manuwere as he addressed the villagers.

He said they had called back up from their counterparts from Bubye Valley Conservancy (BVC) to sedate the cats. 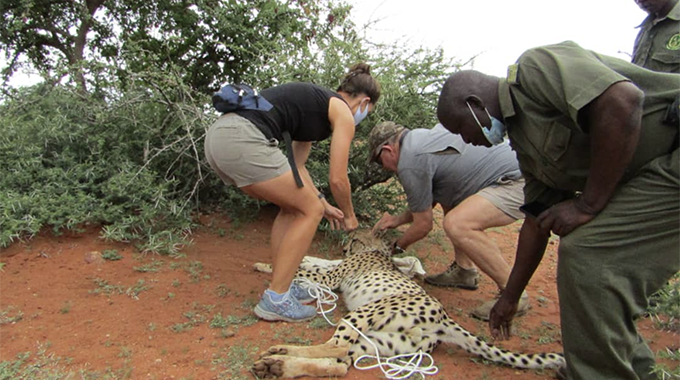 However, they managed to capture one of the cheetahs while the other escaped towards Three Way Safaris.

According to Mr Manuwere, the officials have been receiving a lot of reports on problem animals from rural communities around the district.

He said the two cheetahs had so far killed 13 goats and four sheep in Beitbridge East since the beginning of this month.

“We encourage people to report any problem animals to our offices so that we may assist them professionally,” said Mr Manuwere.

One of the villagers, Miss Agness Sibata said she nearly passed out when she saw the two animals while strapping her baby on the back. 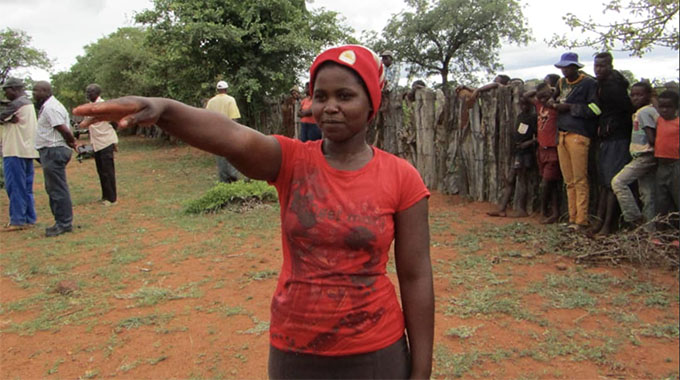 Agnes Sibata who nearly passed out while carrying her 18-month-old baby after coming too close to the wild cats.

“We were going to the family field when we saw these animals. Although we had no clear view we assumed they were lions.

I was in the company of two other minor children aged six years and carrying my baby on the back who is 18 months old,” she said.

The woman said she then informed some village elders who then called the Civil Protection Unit.

Mr Manatsa Kwinika said they were only calmed by the arrival of the Zimparks authorities on the ground. 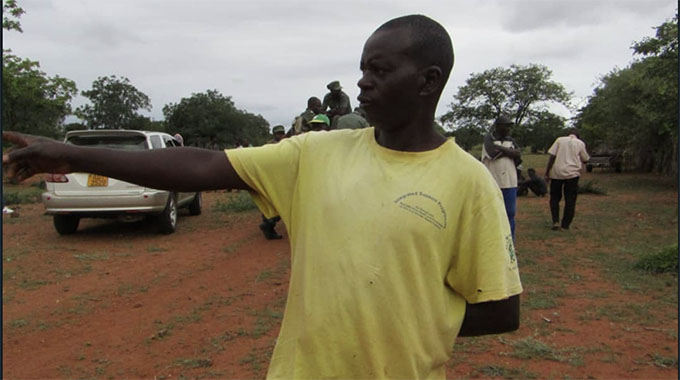 “We have heard many stories about lions straying from nearby conservancies and when heard about the strange animals we tracked the spoor and assumed they were baby lions,” said Mr Kwinika.

He said they were worried the animals could attack people in their homes of fields.

He added that the villagers had gathered at the scene to closely monitor the predators while awaiting help from authorities.

Mahuhushe area’s acting village head , Ms Fortune Sibanda said they had sent word to all homesteads for parents to lock their kids in their homes and to be vigilant until the wild animals had been captured.

“We sent alert messages around the communities in this area through the local District Rapid Response committee.

“We are glad we got a swift response from the national parks authorities,” she said.

Hyenas, lions, buffaloes and elephants have become a perennial head ache for most villagers living in rural Beitbridge.

The worst affected are those living closer to national parks and safaris in both Zimbabwe and South Africa.