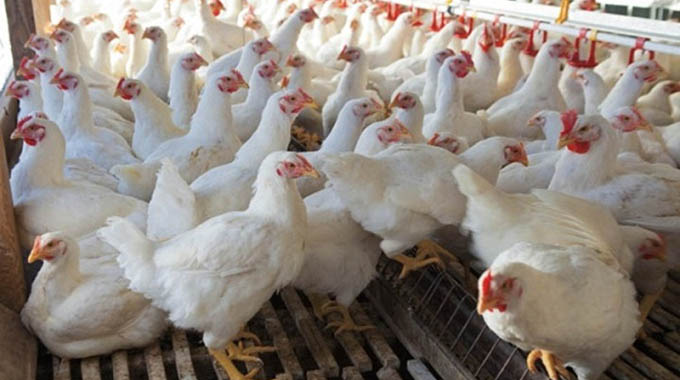 ZIMBABWE’S poultry sector has again been plunged into a crisis, with farmers decrying a serious shortage of day-old chicks, high input costs and chick mortality, Standardbusiness has established.

Chick prices have risen by between 15% and 20% in the first two months of this year.

Farmers, who spoke to Standardbusiness  said the situation was dire, rendering poultry farming unviable and unsustainable.

“The shortage of day-old chicks in Zimbabwe, particularly Bulawayo and the entire Matabeleland region, has grossly hampered poultry breeding lately.

“Many keen farmers have nowhere to access the basics of this white meat source,” a Bulawayo-based farmer, Freeman Moyo, said.

“Those few ferried from Botswana (broilers) and Kadoma or Harare are exorbitantly pegged at US$1 each or equivalent (day old), a price that demoralises any aspiring poultry farmer.

“Only seasoned farmers are left to endure the ever increasing prices for day-old chicks.”

“One is left wondering if these unjustifiable prices ever escalating in US dollar terms are not sabotaging the famed  indigenisation thrust by government to alleviate poverty as well as to promote local farming products,” he said.

“I’ve been a broiler farmer for the past six years,” Mutsa said.

“All along I have been taking chicks from Irvine’s Zimbabwe, but they started to struggle supplying farmers with chicks.

“This was three years ago.

“Then I moved on and started getting chicks from Hukuru Chickens.

“At a time I keep 300 to 500 broilers. Hukuru are failing to produce quality chicks.

“Irvine’s used to replace your chicks if you experience mortality within a week and would advise you to visit veterinary.

“They were very good chick producers, but their challenge is on the supply side. “Hukuru doesn’t replace your chicks. Last year, there was an outcry after their chicks had an extremely high mortality rate, but they never compensated farmers.

“I’m yet to see somebody, who got chick replacement from Hukuru. They never take the blame.”

To produce 500 chickens, Mutsa said a farmer would need about US$358.

A farmer would then sell his/her chickens for US$5 each, realising US$500. After deducting costs, a profit of US$142 would be realised.

“But your profit is not US$142 because mortality percentage, which can be 2% or even more at times,” she said.

“As for Hukuru, the percentage is 7% and at the end of the day, you gain nothing.”

Another farmer from Marondera said the situation was serious to an extent that some breeders’ agents were forcing customers to buy stockfeeds from them to get chicks.

“For example, at Gains Cash and Carry Marondera, you can’t buy chicks without buying feed from them,” the farmer said.

“There is a huge mortality rate since last year and the chicks are growing slowly (they have stunted growth).

“Efforts to get answers from breeders like Hukuru and Irvine’s have yielded nothing.”

A Hukuru official, who refused to be identified, asked for questions in writing, but he had not yet responded by the time of going to print.

Another farmer, who identified himself as Chihwa, added: “The problem now is getting substandard chicks.

“They are not growing in time like they used to.

“Now we struggle to start selling at five weeks, you have to push to six or seven weeks.

“The chicks’ mortality is now very high as compared to before.”

According to the Livestock and Meat Advisory Council (Lmac) latest industry update, Zimbabwe is still experiencing serious shortages of day-old chicks, resulting in prices of the commodity shooting up by between 15 and 20% in the first two months of this year.

“The market is still experiencing shortages in day-old chicks and prices have risen by between 15 and 20% in the first two months of 2021.

“This has been caused by the slow recovery in the breeding stock as well as persistently high demand for chicks, poultry meat and eggs on the market,” the report said in part.

“Demand has remained high due to the shortage and high cost of beef brought about by cattle losses to diseases and the good rains following two years of drought, which have prompted cattle farmers to retain their animals for herd recovery and growth.”

Lmac said the Zimbabwe Poultry Association (ZPA) also expects demand for day-old chicks to remain high due to the anticipated bumper maize and soyabean harvest as farmers retain these for value addition through poultry production.

As a way forward, Moyo said the solution lies with “creation of a board of agriculture experts to ensure standardisation or regularisation of farming inputs for sustainable or profitable production as well as a fair or balanced, equitable distribution of chicks and feed across the country.”

“Current situation is similar to survival of the fittest scenario yet deprivation of the entirety of the populace continues unabated,” he said.

ZPA chairman Solomon Zawe said the situation was set to improve as the government had approved their request for an extension of the suspension of duty on the import of non-Southern African Development Community hatching eggs for the period April to September 2021.

This, he said, would enable the industry to increase supply, reduce the cost of day-old chicks and stabilise the supply of chickens and eggs in the country.

“This year we are targeting to produce about 100 million day-old chicks,” Zawe said.

The anticipated improved supply of local maize together with the tight supply of beef is expected to stimulate demand for broiler meat, he said.

In a bid to avert the shortage of day-old chicks in the country, the government last year promulgated Statutory Instrument (SI) 245 of 2020, which suspended duty on fertilised poultry eggs for hatching by approved breeders.