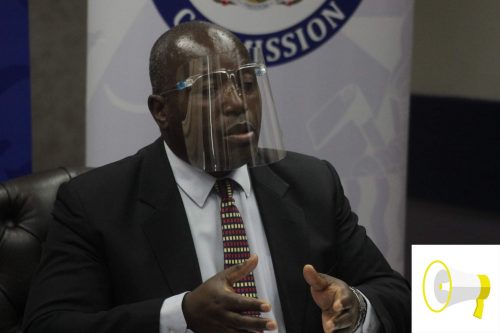 Wutawunashe received inputs valued at $156 532 and was expected to deliver the estimated 15 metric tonnes to Grain Marketing Board (GMB) but failed to do so. Wutawunashe was listed together with hundreds of other defaulters in the Sunday Mail edition of July 18, 2021. GMB is threatening legal action against those who allegedly defrauded the company and is also contemplating blacklisting the said defaulters. Ambassador Wutaunashe denies defaulting but acknowledges that he failed to plant citing continuous rains that were experienced last cropping season which he said were not friendly to Soya Beans.

Of course, we were given the seed intending to plant at our farm in Masvingo. When one is given seed under Command Agriculture, you will have to pay for the seed and it is like buying the seed. As you are aware, last season there was excessive rainfall and we were not able to plant the seed. When we failed to plant the seed we notified GMB boss Mutenha.

Wutawunashe claimed that he still has the inputs adding that he was shocked to see his name on the list since he had notified GMB Chief Executive Officer (CEO) Rockie Mutenha that he was going to use the inputs in the next cropping season. He added:

When I got to know that my name was on the list, I called Mutenha clarifying the issue. You can contact Mutenha because he might have made an error by publishing my name on that list since I communicated with him regarding my failure to plant the soya beans. If you communicate with him, he will clarify the issue. It now seems as though we planted the seed, harvested and diverted the produce to another market of which we did not plant at all and the seed is still there at our farm as we were not able to plant so we will wait for the next planting season.

Contacted for comment, Mutenha said he was busy and referred all questions to GMB Public Relations manager Nixon Kanyemba who demanded that the questions be sent to his email. He, however, did not respond to the questions saying the reporter may fail to come up with a story since there were three major players – government (command agriculture), the financier and GMB.