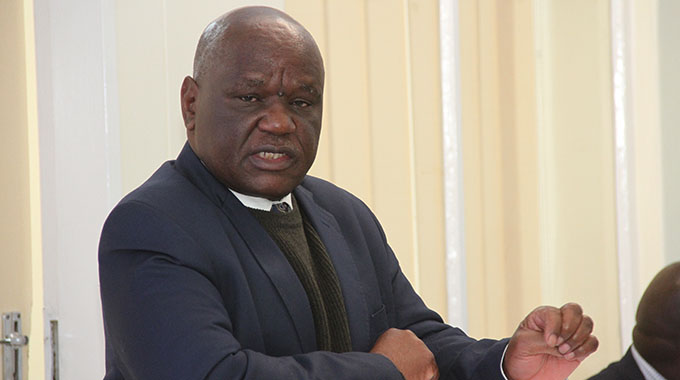 Daniel Nemukuyu Senior Reporter
Magistrates have been instructed by Chief Justice Luke Malaba to severely punish perpetrators of politically-motivated violence and intimidation to send the right message to would-be offenders, with a view to ensuring fair, peaceful and credible elections.

Last Friday, an additional group of 18 magistrates was gazetted, bringing to 75 the total number of magistrates for the special courts.

The 75, on Saturday underwent a one-day training course on electoral jurisprudence diction and the best way of handling politically-motivated violence and intimidation cases in Harare.

Addressing the magistrates, Chief Justice Malaba implored them to impose harsh sentences to offenders to ensure prevalence of peace before, during and after the election on July 30.

“It must follow that severe punishments must be visited upon whoever is convicted of electoral violence or intimidation, regardless of their political affiliation,” he said.

“The judiciary must send clear messages to those who may seek to inhibit the smooth electoral process through commission of violent acts that justice will be on the side of severe punishment.

“Courts should not hesitate to impose sentences which are commensurate in severity with the harm that politically motivated violence ordinarily causes to democratic processes.” 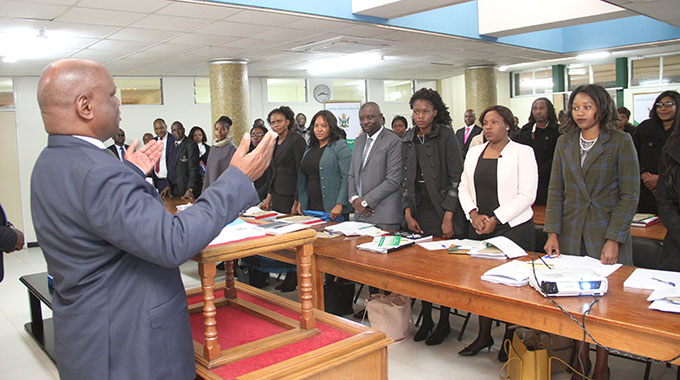 Chief Justice Malaba said there would not be any sacred cows on political violence sentencing and no political parties would get any special treatment in court.

“Section 165 of the Constitution outlines the principles which guide the judiciary,” he said. “One of these principles is that justice must be done to all, irrespective of status.

“Do not abdicate your functions as judicial officers by extending favour or disfavour to offenders on the basis of the political parties they belong to.”

The magistrates, said Chief Justice Malaba, should enjoy their independence when dealing with electoral violence cases.
“In the exercise of your functions, of deciding cases, especially during this election period, you should never be under the direction of anyone or from whatever quarter,” he said.

“I wish to state, once more, that any such interference will be swiftly investigated and anyone found on the wrong side shall be visited with the ruthlessness that they deserve.”

Masvingo has nine magistrates for the same purpose, while Matabeleland South has eight magistrates.
Four magistrates will preside over violence and intimidation cases in Mashonaland Central, while eight have been designated to preside over the matters in Manicaland.

In Mashonaland East, seven magistrates are handling the political violence cases, while six others will be presiding over the matters in Mashonaland West.

The court was set up in compliance with the Electoral Act, to expeditiously deal with cases of political violence and intimidation brought before them.