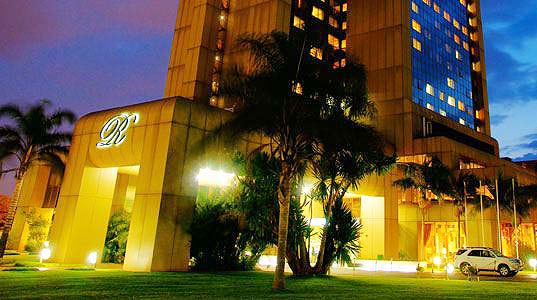 Blessings Chidakwa in Kadoma
Hospitality Group Rainbow Tourism has  spent $300 000 on refurbishing the 93 rooms at its Kadoma Hotel and Conference Centre.

The hotel rooms are being spruced to meet regional and international market standards. In an interview the hotel’s General Manager Mrs Paula January said the renovations would be complete by year-end.

“We have so far completed 93 rooms and are now left with 54. Our target is to complete the remaining rooms by end of year,” she said.

Mrs January gave a brief description of the renovations.

“The rooms now have new tiles. We also did soft furnishings covering linen and curtains and replaced the beds with modern ones and new furniture,” she said.

Mrs January said the total cost of the project would be known once all the renovations are done.

“We are carrying out the refurbishment in phases it is hard to come up with an exact figure of the total cost as of now. However, so far l can say that we have used about $300 000 to date,” she said.

“We have just completed 88 rooms at Victoria Falls hotel while at Rainbow Towers the upgrading process is still underway,” she said.