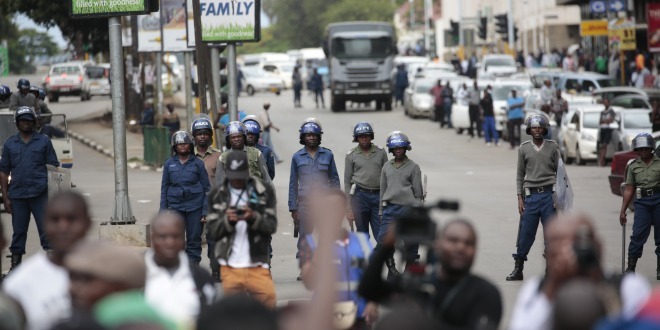 Police in Marondera, Mashonaland East province, have arrested two Harare men who allegedly stole a cow from a police farm, skinned it at night, before fleeing with some of the meat.

Wilson Madzudzu (35) and Fanuel Munatsi (25), all from Epworth, were arrested by police officers from the canine dog department, who found them hiding in a nearby gumtree plantation.

“I confirm the arrest of the suspects from Epworth, who have since implicated their colleague who lives near the police farm,” Mwanza said.

“Stock thieves are a menace, whose conduct deserves harsh punishment because they are bent on derailing economic gains. As police, we will always be ready to assist and arrest stock thieves and make them meet their fate in the courts.”

According to police, on August 25 at around 6pm, a herdboy at ZRP Mashonaland East Police Farm penned the cattle with a cow missing.

The following morning, an informer, only identified as Mandaza, discovered a carcass which had been slaughtered with some parts missing.

Mandaza informed the police, who swiftly responded and tracked the spoor with dogs and apprehended the two suspects who were hiding in a gumtree plantation in the
farm.

Police recovered two sacks with hind legs. It is reported that upon being quizzed, the duo implicated Tichaona Matudza (32), who lives at a neighbouring farm as their accomplice.

Matudza was later arrested and charged together with his accomplices.
The value of the stolen cow was pegged at $24 600.