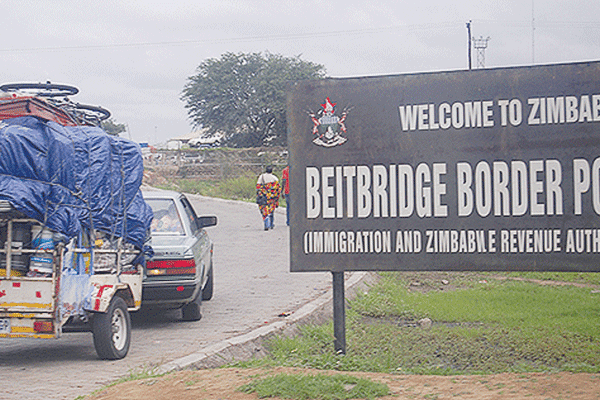 South Africa has announced that it will shut 35 of its 53 land ports, but it will keep the Beitbridge Border post open, which it described as a gateway to the rest of Africa.

The South African Home Affairs minister Aaron Motsoaledi announced that two border posts with Lesotho were to be closed, while the one with Zimbabwe will remain open.

Instead, the South African authorities said they will be sending more Home Affairs to Beitbridge to monitor the situation to contain the spread of the novel coronavirus, also known as Covid-19.

“We have only one border post with Zimbabwe – Beitbridge. We will never close that one. It’s the gateway to the rest of the continent,” Mostoaledi said on Monday.

South Africa has also closed some borders with neighbouring Namibia, which has recorded two coronavirus cases, Botswana and Namibia.

Zimbabwe is yet to record any coronavirus cases, at least as per officials.

South Africa is Zimbabwe’s biggest trading partner and the closure of Beitbridge border post could spell doom for landlocked Zimbabwe.

In addition, thousands of people cross the border into South Africa daily, with their livelihoods depending on the port being kept open.

On Sunday, Cyril Ramaphosa, the South African President, announced a number of measures to contain the spread of the coronavirus, which has so far affected 61 people.

Ramaphosa declared a state of emergency and barred all gatherings of more than 100 people.

The neighbouring country has also barred travel to and from the worst affected countries such as China, Italy, Germany and the United Kingdom.