The smuggled goods being offloaded for valuation at the Zimbabwe Revenue Authority yard in Beitbridge.

The National Security Task Force (NTF) has intercepted and impounded five vehicles loaded with smuggled goods, as Government cracks down on crime along the border with South Africa.

Five people were arrested in connection with the matter on Monday, while the four kombis and a Hino truck and the contraband have been seized by the Zimbabwe Revenue Authority (Zimra).

The value of the assortments of goods, including washing powder and various groceries is yet to be ascertained.

National police spokesperson, Assistant Commissioner Paul Nyathi, said they were not relenting in their quest to restore sanity along the country’s borders. 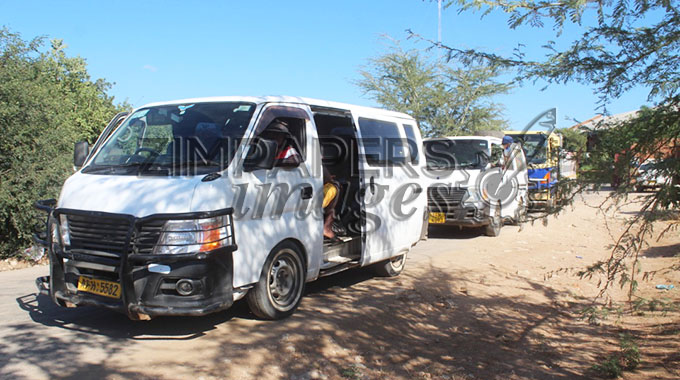 Some of the impounded vehicles used to smuggle the goods.

“I can confirm that our security officers deployed in Beitbridge under the operation ‘No to Cross Border Crimes’ have intercepted five vehicles carrying smuggled goods near the Panda Mine area (Gate 7),” he said.

“Let those involved in such activities be warned that their days are numbered. We will not fold hands while people commit crimes.

“Those wishing to travel into or out of the country or export or import are strongly advised to make use of the formal ports of entry and exit.”

Asst Comm Nyathi said the country was losing a lot of import and export revenue to smuggling activities and that adequate deployments had been made to fight crime along the borders.

He said the suspects will soon appear in court facing charges relating to smuggling.