The heart of France

It is three days now since Notre Dame de Paris, Our Lady of Paris, was enveloped in flames.  The 850 year old cathedral was the geographical, cultural, religious and national heart of France.

Source: The heart of France – The Zimbabwean 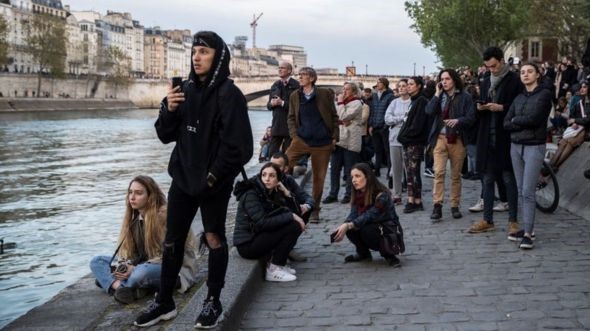 All distances from Paris were measured from a point zero next to it. A photo taken by the River Seine shows a group of French people all gazing in shock in one direction, clearly at the burning building, off camera.

The immediate reaction was to mend.  ‘We will rebuild it’, said the French President, soothing the aching hearts of the French and people all over the world who shared their hurt. ‘And we will donate millions’, said the super- rich partly perhaps out of generosity and partly to hone their image. ‘And we will send experts’, said the Russians not to be left out of the wave of sympathy and the limelight it generated.

Now that the shock of the first days is subsiding and the ‘we will fix it’ initial reaction has been voiced, reflective voices are quietly being heard. Catherine Oakes, an art historian from Oxford, has written, ‘the burning fireball seemed to so many like a heart wrenched from a body.  The image is apt because, in many ways, a great building is like a living thing.’ The photo referred to bears this out.  It is like people at a funeral.

I visited Notre Dame with some friends some years ago.  It was raining and towards evening. Yet we had to push our way in as there were so many coming and going.  I was immediately struck by a huge notice: SILENCE.  Then, a little further on, the same notice appeared again with a brief explanation that visitors are welcome but are asked to keep quiet or to speak in low voices.  This was a house of prayer.  Notre Dame welcomed the curious with no conscious beliefs as well as the devout who came to pray privately or take part in the community celebration of Vespers, as we did.  I noted at the time that people respected the notices and that the cathedral had found a beautiful way of serving modern France. This ‘living thing’ responded to the yearnings of the people of today; some of whom had never been Christian, others live their Christian lives as fully as they can and again others are ‘post-Christian’ and have moved on to other agendas.

This motherly presence has now received a great wound and there is genuine grief written in the faces of the people in the photo. That all this has happened in Holy Week can be brushed aside as a coincidence.  But it can also be seen as a powerful stimulus to our reflection.  This wounded ‘living thing’, revered by its owners, whatever their beliefs, can be seen for a moment as a sign of our own wounds and our own hopes.  As the flames leapt and the people watched we saw a living drama of our time.  Every piece of material for this magnificent building was drawn there by horse and cart, maybe one or two stones at a time. Every stone was cut and dressed by hand and every wooden fitting was sawn and carved in the same way. No one generation saw the work complete from beginning to end.  It was the work of a people and children and grandchildren took up the work where their parents left off. French blood and tears are mixed with the mortar of the building.

Yes, it is a living thing with a living heart and its wounding is a cause for sorrow but also for hope. Mary, Notre Dame, stood by the cross weeping.  But her tears were turned into joy.