If you didn’t know that our regional energy system was in trouble, the collapse of the power station at Kariba dam last Friday, will have been a wakeup call. 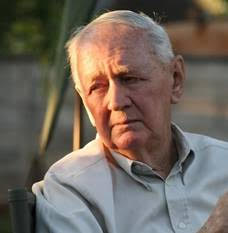 All we knew was a massive blackout, country wide, and after some delay we were informed by our power utility, that the north bank of Kariba dam power station had tripped out and this had resulted in the shutdown of the south bank and then, via a ripple effect, caused a blackout across the entire region.

It is now clear that our failure to invest in power generation and distribution over the past 40 years has caught up with us in a big way. Eskom, always regarded as a reliable backstop with significant surpluses of cheap coal fired energy, finds itself short of nearly one third of demand despite recent investments in two huge coal fired power stations. The situation is so serious in South Africa that people are making allegations that it is due to sabotage.

The reality is that our power generation units are ageing and require replacement or a significant upgrade. In Zimbabwe we have only two significant sources of domestic energy, Kariba dam, completed in 1958 and a large 900 megawatts power station fuelled by coal at Hwange.

Kariba was designed to produce 1200 megawatts, 600 for Zambia and the same for Zimbabwe and this capacity was based on the long-term sustainable yield of the catchment of the Zambezi River. We recently expanded the production of power on both sides of the river by the installation of additional turbines, with the result that we are now generating over 1000 megawatts at both power stations. This is substantially above the long-term capacity of the system given the availability of water from the catchment area. Projections under the science related to climate change is suggest that the rainfall in the catchment might well be heavier than we have experienced in the past. However, this does not mean that we will be able to sustain the current level of power generation at Kariba as a consistent national supply source.

The power station at Hwange was constructed by the Rhodesian government under a period when they were affected by United Nations sanctions and was put together with equipment from various sources, much of it second hand. This was commissioned 10 years after Kariba and is now well beyond its sell by date. The boilers are in a very poor condition and together with ageing turbine capacity this power station is unable to produce more than a small fraction of its design capacity. Effectively this has taken 800 megawatts out of our National Grid.

Zesa is currently building a new power station on the same site with two 300 megawatt turbines, and this is expected to come on stream in 2022. This new base load capacity will enable Zesa to replace some of the capacity lost in the old power station. A contract has been drawn up which will enable an Indian company to upgrade and refurbish the old power station, but this project is now under review because it is based on coal.

We currently have a domestic demand for approximately 1800 megawatts and are only able to supply perhaps two thirds of this from our own resources. We are therefore dependent on imports from our neighbours for any shortfall and with South Africa experiencing serious long-term problems, this has become more difficult. Zambia has a small surplus following the commissioning of the second dam on the Kafue River, but this is unlikely to persist given growing domestic demand.

Electrical energy, as the rest of the world is discovering, is the very lifeblood of any economy. All the major economies of the world have been powered by cheap electricity generated using either coal or gas. Given the deep concern over the threat of climate change, the world must come to grips with the reality that this model is no longer sustainable. Despite the concerns, the major economies have all reached the conclusion that there can be no abrupt cessation of the use of hydrocarbons for energy generation. Even the much-heralded conversion of the ubiquitous motor car to electricity simply means that we need to generate more power. The image of Tesla cars being refuelled at COP26 by diesel powered generators will remain with us for a long time to come.

The next problem that will confront us is how to pay for the massive investment which is required to enable us to meet domestic demand and the growing demand of our economy. Zesa is currently holding applications from industry for another 2000 megawatts of power. Visit any significant consumer of power in the country and they will quickly tell you that the inadequate power supplies and power instability, is the greatest threat to their business. If a solution is not found, and quickly, then the current rapid growth in our economy will be strangled before it has any chance of delivering a better standard of living to the majority of our people.

Three very exciting projects have emerged in recent weeks. Each of these could meet our domestic shortfall and provide us with significant base load capacity going forward. They will all be able to generate power well below the current tariff which is being charged for electrical energy in Zimbabwe. That is very good news. Solar is not a solution as it is still expensive and unreliable.

The problem is that our major national utility is unable to fund such projects because it is heavily indebted and has a weak balance sheet. Zimbabwe must therefore look to its private sector for a solution. The three projects involved are:

In all three projects the governments involved have invited the private sector to pick up these projects, source the necessary funding and oversee their development. The Lusulu power station is the largest independent power source being planned in the region. It is being promoted by a group of private businesses in Zimbabwe with international support. Although it is coal fired, the technologies which are to be deployed are the most modern in the world and as a result, this could be a demonstration model for a very clean carbon fired power station. For this reason, the international financing agency, in this case a Chinese bank has confirmed their willingness to fund this project as a pioneer of these new technologies. When completed Lusulu could deliver 2100 megawatts of base load power into regional markets.

The Mozambique government has invited the private sector to co-finance the development of the north bank power station at Cahora Bassa, which has a potential for 1200 megawatts of sustainable, long term, clean energy. This is a high priority project which will be very cost effective and could deliver electrical energy into the regional grid via established networks. To pick up this project the private sector here, must construct a consortium which has the necessary resources and the motivation to develop the project and manage the output.

The gas fields of Carbo Delgado and of central Mozambique represent a massive new opportunity for all regional States. It is believed that ultimately natural gas will form the backbone of regional energy generation which will be able to replace much of the coal-based capacity which currently exists. But it has to be transported, and this will require massive investment in pipelines as well as gas fired turbine capacity at strategic locations.

The opportunities exist to find a solution to our energy crisis. It requires that our private sector mobilises its resources and organise themselves so that they can not only take advantage of the new opportunities but create a solution to one of their major difficulties in planning the way forward.